Mums can have a big impact on the way their daughters (and their sons) think about themselves, particularly when it comes to body image.

I know that my mum did.

I was the only girl in a large family of boys, so when I looked for role models, I didn’t have to go very far. I thought my mum was perfect. She was strong and capable and so clever. Looking back, I wish I’d told her that more often, instead of battling her over one of her biggest peeves about me, which was that I was stubbornly chubby. I was a big kid, no getting away from that, but I know some people who were chubby as kids who have a great concept of healthy body image. I’m getting there myself now, but there are some things I wish my mum had told me.

Nobody is perfect, but I’ll be remembering these with my nieces and nephews, and one day with my own kids

1. Those magazines are full of lies.

You know the magazines, the ones you see at the checkout and in the news agency. I know I saw them, and all I wanted to know is why I didn’t look like those girls, and why they seemed so incredibly perfect. Looking back now, it seems stupid that I wanted to be waif-like and all bone. My body type couldn’t be further from that ideal. But I do wish my mum had told me that those magazines were full of lies, of doctored images and of false truths. It might have made them easier to ignore.

My mum was big on diets, and I think it was because she was trying to find a solution for me being chubby. She wanted to save me from the taunts she went through at school, so she kept putting my family, particularly myself and my dad, on these varying diets. They were totally unsuccessful, mostly because I took every opportunity to break them as revenge. Instead of going through all that effort for nothing, I kinda wish she’d told me that dieting is a waste of time, and that eating well and feeling good were better measures of health.

There were some activities that I loved as a child, but for some reason, these weren’t considered as ‘exercise’ by my mum. I loved to go on long walks, but mum liked them intense and shorter. I enjoyed swimming, but enrolled in 4-times-a-week swimming training was much less fun. And I loved strength-based exercise like discus and archery, but my mum was always on about cardio, which, for an asthmatic, is never going to be an enjoyable pastime. I wish that mum had told me the things I enjoyed were also exercise, just of a different nature, so I wouldn’t have put them aside in favour of things I hated that were apparently good for me.

I don’t know where it started, but since I was a kid, I’ve always viewed some foods as good and some as bad. I think many of us are guilty of the same thing. My mum unfortunately encouraged this by watching me around food like a hawk and saying things like “Do you really need to eat that?”. The foods she picked on were ones I looked at as bad, while carrots and celery sticks were good, and ok to eat. What I wish she’d said instead is that all food is fuel for the body. Would you rather put in crappy, processed, sugar-laden fuel, or healthy, long-lasting, energy-giving fuel? I would have known the answer. Scales were one of the things I hated most as a child. I still do. I don’t keep one in the house, and I don’t use measuring tape or anything else to gauge my health or well-being. To me, it’s all about how I feel, but it’s taken me a long time to get there. It was different when I was young. Kids got weighed at school and taunted for it. My mum was so worried when those numbers came back from the school nurse, even though by today’s standards, it was just puppy fat. I wish she’d told me that those numbers weren’t me, that they weren’t a measure of myself as a person. I wish she’d told me they were just one way of seeing things, not an all encompassing view of who I was.

6. Your body is powerful.

Being tall has always been my reality, just as being broad-shouldered and athletic have been. I’ll never be skinny, but I fought so long to achieve that anyway, never being quite happy with the fact that I couldn’t make myself petite or graceful. That’s not me. My mum used to tell me “You’ll never be a skinny Minnie” but what I wish she’d said instead is “Your body is powerful”, because that’s the truth. My body has got me through illness, through obstacles, and through challenging times. One day, it will get me through childbirth and parenting and growing old. I wish I had learned to accept and embrace my body for its strength, instead of what it lacked, because there’s no point measuring our lives by what we can’t achieve.

What do you wish your mum had told you about healthy body image?

And what will you be telling your kids? 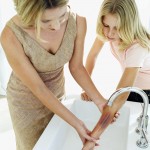 First Aid: How To Treat… 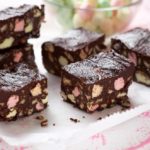 80 Best-Selling Foods You Can…

Should I confess to my fiancé I cheated once?
Answered 1 hour ago
Women that have had sex with circumcised and uncircumcised penises, which feels better?
Answered 3 hours ago
Lose a Kilo Soup
Asked 6 hours ago
What is the best site for learning British Sign Language ?
Answered 8 hours ago 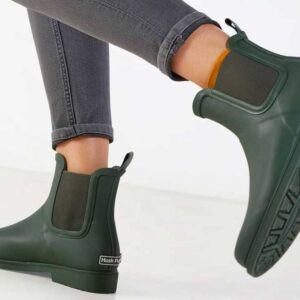 I Got a Gastric Sleeve and Took

I Got a Gastric Sleeve and Took Back My Life This