In an article posted on ‘Refinery29 UK’ it’s been brought to our attention that women apparently have another insane body shaming insecurity they need to worry about.

Although the article concentrates on the ridiculously unachievable standards Hollywood places on a woman’s body. It still brings to light just how overly critical women have become in comparing their bodies to celebrities who have Chefs, PT’s and Cosmetic Surgeons on tap.

Super thin actresses and their fake tits, fake lips, fake booty and bullshit thigh-gap, really pose an unrealistic expectation of how a woman’s body should look.

It makes me angry that my daughter is being raised in a world so superficial that basically zero mainstream media sources make significant reference to women and their intellectual achievements. Women in the sports industry aren’t admired for their talents. They’re admired for their bodies. Women on global platforms are constantly criticised regardless of their successes as the world scrutinises their figure. And if, out of the many we come across one who give no fucks about stereotypical comparisons, they’re often trolled relentlessly and eventually ridiculed into changing the way they look.

When I look at my body there’s plenty of things I would like to change.

I’ve had three children, love pasta and I’m not really into exercise. I’d rather a beer than an afternoon run and Taco Tuesday is really a thing in our house. I love cheese platters and lollies and snack on them in secret when my children go to bed. But seriously, since when did normal aspects of a female physique become something of ridicule and insecurity?

Why should women be worried about parts of their body that fold exactly how they’re meant to and shamed into believing it’s something they should be concerned about?

I’ve considered how fucked up this scenario is by actually carefully examining my entire body. And you know what? I’ve essentially got vaginas all over the place.

Aside from the one in my armpit, I have another quite chubby one at my knee. There’s a vagina on my forehead every time my kids piss me off and in the not too distant future, as the skin on my neck ages, it’s likely I’ll have one there too. If I bend to the side I can crease the back-fat beneath my bra into a long fanny looking fold as well.

And, just too top things off, I have realised in comparing these creases to my real beef curtains, I’m in desperate need of vaginal rejuvenation.

What an absolute fucking joke.

How did we go from admiring the beauty within, to measuring our self-worth on the unachievable standards set of beauty with-out?

Women are their own worst critics and with the idea of perfection rammed down our throats constantly, we’ve become obsessed with degrading ourselves even further. Young girls are starving themselves to achieve a thigh-gap they are literally genetically incapable of possessing. Kim Kardashian’s butt cheeks are being admired by arse-less girls not blessed with Armenian curves. We are comparing Apples and Oranges constantly and getting damaged fruit as a result.

It needs to stop.

There’s nothing wrong with living a healthy lifestyle, enjoying exercise and setting realistic goals for your body. But – hiding away from the world because your mamma gave you big hips and thick thighs is bullshit. There’s an alarming amount of unattainable body objectification standards that are dangerously degrading women. Along with the thigh gap new internet propaganda such as the ‘bikini-bridge’ and ‘ribcage bragging’ are causing a competitive and shallow comparison of women’s physique all over the internet. I haven’t seen my ribcage since 4th grade and I’m not about to and that doesn’t make me ugly.

I am not free of hatred. There’s plenty of aspects of the body I possess that I long to change too. It’s unlikely I’ll ever reach a point in my life where I fully embrace and accept how I’ve aged and stop using my hands to pull the skin taught on my face of a morning.

I probably won’t stop being disappointed in the baby-belly I’ve failed to lose, which resembles a scrotum when pushed together. And I highly doubt the extra arse I’ve accumulated from over-indulging is about to disappear on its own.

But, I can try and hate my body less. I have to do my best to resist the temptation to be swallowed by pity and stop measuring my self-worth by stereotypical body shaming bullshit.

So, on a scale of your average insecurities all the way to armpit vagina, I implore all women to just stop.

If you stare at your body long enough you can always find something to criticise.

If you continue to compare yourself, then you’ll forever be disappointed. But please remember this – if you have daughters, nieces or friends with girls, it’s time to start being the role model. Show them that loving your body in a world that banks on you hating it, is the most radical, liberating and attractive thing you can do.

So while me and all of the vaginas inhibiting my body sit here and enjoy a beer, I hope I’ve at least bought some attention to how stupidly critical we’ve become. Being a little insecure is one thing. But being insecure about a normal functioning joint is fucking absurd. So while the saggy skin beneath my upper arm waves high to my armpit vaginas every time I sip my beer, I shall rejoice. Because without the world body shaming women to the point of insanity, I would have continued to believe a thigh gap made me more attractive. 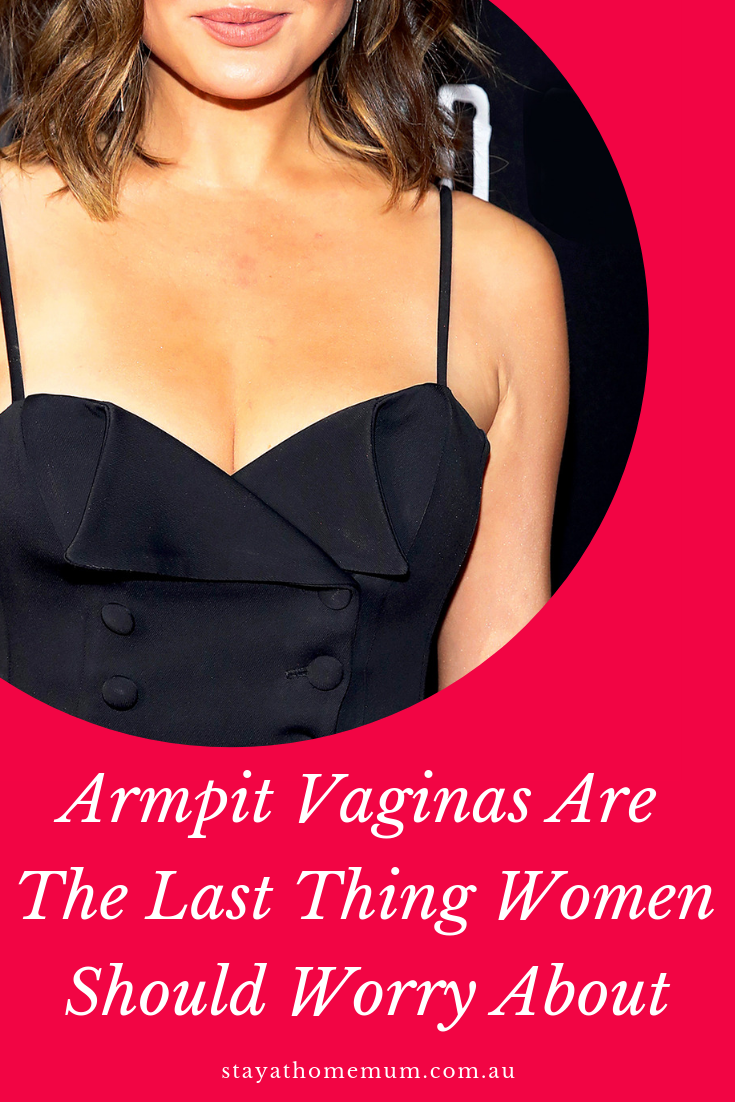 Generalised Anxiety Disorder: To Worry? Or Not To Worry?

Excessive worrying can be the warning sign of a bigger problem.

5 New Years Resolutions You Can Actually Stick To

Do It For Yourself This Year

Depression is not a joke.