The never ending lust for perfect skin, glowing luminous hair, and wrinkle free complexion is often a reality for a lot of women and men.

The idea of what we are bombarded with in the media of the fountain of youth with perfectly coiffed hair and seamless makeup is not always achieved without lets just say, some f* ups along the way.

A FAKE doctor in Miami was charged with posing as a doctor and injecting a dangerous mix of cement, mineral oil and flat tire sealant into the buttocks of a woman who was after a fuller figure.

The woman who had the procedure ended up in the hospital from this procedure and is reported to be in too much pain to work. Hell I’d like rock hard buns (pun intended) but I think plain ole exercise will be just fine thanks sheesh!

Next we travel to Korea to check out Hang Mioku who just wanted ‘soft’ skin.

I understand that, truly I do. How she went about trying to get that soft skin now that’s just something I DON’T understand. After being refused further treatment with silicone from her doctors as it was suggested she had a few issues that needed to be addressed, poor hang (who was a former model) was distraught. Not wanting to cease her obsession with softer skin Hang purchased silicone on the black market and injected it herself into her face!

After that was used up, Hang resorted to injecting”¦wait for it”¦COOKING OIL into her face.

Not surprisingly this left her face severely swollen and scarred even her mother did not recognize her. During the first of 10 corrective surgery operations, Hang has undergone, doctors removed 60g of silicone and oil and 200g of other foreign substances from her neck! Tip for beginners who wish to achieve soft skin do not inject your face with ANYTHING!

Stay out of the sun as much as you can, wear sunscreen and drink lots of water. A much better option I would say. Thank me later.

OK so we have hit some big horror stories up first, let’s tone it down a little now for you.

This beauty horror story admittedly made me gasp initially, then guffaw all over the place. A lot of people turn to YouTube for tutorials on how to master that hairstyle for that special occasion. There is a multitude of tutorials from famous stylists to beginners who set up a camera in their room and away they go.

The one that sticks in my mind is from a young Tori Locklear who is giving a demonstration on how to curl your hair using a curling iron and products.

Let’s set the background Tori has gorgeous soft, fine blond straight blonde hair. As a natural curly hair, I just ask why mess with that? Back to the video, Tori discusses a product to apply to the hair prior to curling, then whips out the curler and starts winding her hair around.

There are little wisps of smoke you see coming from the curler no biggy right? Well that is until the curler comes away from her head with her hair completely detached burnt off!

She is left with a section of short burnt hair where her long locks previously were. The look on her face is priceless.

Then there is the story of a lady who had previously paid hundreds of dollar to get her curly hair chemically straightened.

The results were amazing but it was a very expensive operation to maintain. Enter the world of DIY at home chemical straightening. The product even specified which strength to use for certain nationalities and their certain hair types. This stuff was amazing and oh so cheap! Instructions were followed, it was an overnight process. Made sense as it probably was not quite as strong as salon products. Upon waking and excitedly heading to the bathroom to check out her new uber sleek straight hair, instead of tears of joy, there were tears of disbelief.

Resting on top of her head instead of individual hair strands was one singular big matted dread lock. The hair had melted together and formed the most rigid knot you’d ever seen.

It was hours until the salon would be open. Trawling though several wig sites sure I am I mean she would be sporting a clipper cut, it was a frantic time. What ensued was many tears as the hair was quite long prior to this event and an emergency visit to a hair salon to get this dread remove. OK I must come clean, this was me. I was being cheap. You should never be cheap when it comes to chemicals. Curly hair take YEARS to grow back.

I guess we all would have a beauty treatment horror story to tell drastic or minor. What is yours? 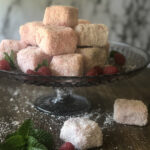 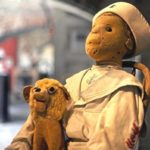 Robert, The Most Haunted Doll…

Best app to meet other couples
Answered 45 minutes ago
does anybidy know what hotmeetups.com is my partner receiving emails from this site with his name on saying local girls
Answered 2 hours ago
Does anyone have any experiences with Duromine to share?
Answered 9 hours ago
Zoloft or Wellbutrin?
Asked 10 hours ago 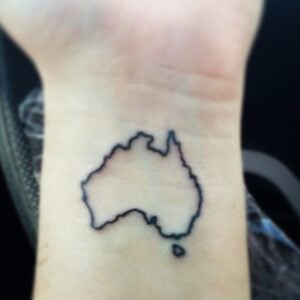 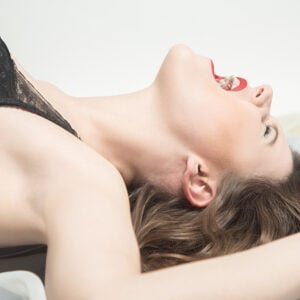