A sweet husband has made a touching letter about his ‘curvy’ wife that has melted hearts around the world.

Robbie Tripp, 26, of Miami, Florida in the US, has posted his heartwarming letter for his wife, Sarah, on Instagram on Sunday, describing her love for his ‘curvy’ wife, along with their photo together by the beach, taken by photographer Kailee MaRae. “I love this woman and her curvy body,” he wrote.

Robie recounted how he was teased by his friends as a teenager for having an eye on girls on the ‘thicker side’. “Ones who were shorter and curvier, girls that the average (basic) bro might refer to as “chubby” or even ‘fat.’, he wrote. And when he grew older and wiser, he realised his attraction for curvier women was deeper.

“As I became a man and started to educate myself on issues such as feminism and how the media marginalizes women by portraying a very narrow and very specific standard of beauty (thin, tall, lean) I realized how many men have bought into that lie,” he wrote. He added that his type of body type may be the ones beauty magazines may reject, but for him, it’s perfect.

“For me, there is nothing sexier than this woman right here: thick thighs, big booty, cute little side roll, etc. Her shape and size won’t be the one featured on the cover of Cosmopolitan but it’s the one featured in my life and in my heart. There’s nothing sexier to me than a woman who is both curvy and confident; this gorgeous girl I married fills out every inch of her jeans and is still the most beautiful one in the room,” Robie wrote.

He then went on to tell other men to “rethink what society has told you that you should desire.” He then ended his post by reminding women to love themselves and not be bothered by what the society wants.

“Girls, don’t ever fool yourself by thinking you have to fit a certain mold to be loved and appreciated. There is a guy out there who is going to celebrate you for exactly who you are, someone who will love you like I love my Sarah,” he wrote.

He surely melted thousands of hearts as his post received more than 18,000 likes. 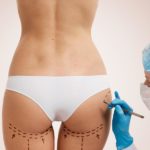 Would You Have Cheap Plastic…

Chicken Vol Au Vent
Asked 51 minutes ago
5 Types of Worms Children Can Get And How to Treat Them
Answered 53 minutes ago
Do you celebrate invasion day ?
Answered 7 hours ago
Is your partner a dribbler or a shooter?
Answered 16 hours ago 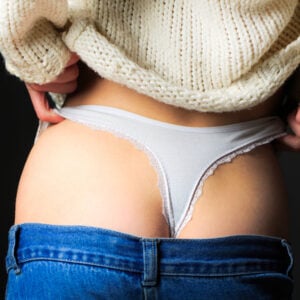