We have noticed Trimtone gaining popularity with mums in Australia, in fact you may have even seen their ads around, popping up on Facebook, reddit and ASK SAHM. We we thought we would give you quick review and summary of Trimtone and what the big fuss is about.

Trimtone is a fat burner for women made with 100% natural ingredients (caffeine, green tea, green coffee, glucomannan & grains of paradise), which helps by burning fat, boosting metabolism and reducing appetite. A combination of ingredients provides an effective fat burner that will help you achieve weight-loss. Take one capsule with water first thing in the morning before you have a coffee or breakfast! It’s as easy as that. Each bottle comes with 30 capsules, so 30 days.

Trimtone Review: How does it work?

What trimtone actually does is it stimulates a process within the body called thermogenesis, you will probably hear gym-junkies go on about the term, basically it’s a process where stored fat is turned into energy which results in speeding up your metabolism. It doesn’t claim to be some miracle pill that will make you lose 10 kgs in 2 weeks, but suggests using their products along with a healthy diet and exercise. It’s a support, and alone won’t burn fat, you still need to eat and exercise right.

Trimtone Review: Whats in it?

The key is the formulation of Trimtone, a lot of research and money has gone into this product by Swiss Research Labs in Wales UK of combining the right extracts in the correct dosage so it’s effective.

Most fat burners will have an amount of caffeine within it, and that is for good reason. It’s the ingredient which will help promote fat loss through thermogenesis. It will also help increase energy, motivating you to smash out your workouts.

Facts: 100mg of caffeine (which is about the same amount included in trimtone can increase resting metabolic rate by 3 – 4 %.

Green tea is already well known for being great for overall health and wellbeing. Huge amounts research has actually been done, and scientists believe that green tea can reduce the amount of carbs that your body may absorb.

Facts: A study was conducted where people who drank a daily green tea mixture for 4 months lost more weight than those that were on a placebo.

Green Coffee beans are another ingredient within trimtone, this one is full of what’s called chlorogenic acid. This acid helps reduce fat and glucose that is absorbed by the gut, which can boost metabolism and lower levels of insulin.

Facts: In a study, women that took 400mg of green coffee for 8 weeks along with a calorie-restricted diet lost twice as much weight compared to those that didn’t take it.

This dietary fibre has been scientifically proven to expand in your stomach, which means you will feel fuller for longer. This is a great way to help control appetite and resist snacking. Trimtone uses a stomach-friendly dosage of glucomannan that’s effective and also gentle on your tummy, so it won’t give you that awful bloat feeling.

Facts: A study was done where people taking glucomannan lost 2.5kgs over an 8 week period without making any other changes to their exercise of diet routines.

If you don’t know what grains of paradise is, you aren’t alone! I didn’t either but turns out it’s a herb from the ginger family. This particular herb helps to stimulate brown adipose tissue within the body which is known to keep your body warm and burn calories. Trimetone includes a daily dose of 40mg of this amazing herb!

Facts: Women who took 30mg of grains of paradise for 4 weeks lost more weight than women who were taking a daily placebo.

Trimtone Review: Why it’s interesting and stands out

Amongst other fat burners on the market (there a lot, and I have a lot) such as EHP Labs, ATP Science, BodyScience, Scivation, X50, Trimtone really stands on its own in this competitive market.

Trimtone Review: Does it work? Results?

Your probably reading this Trimtone review and just wanting to know “Does Trimtone work?”…right? All reports and Trimtone customer reviews online (reddit, FB comments, review score sites, etc)  show overwhelmingly it does, certainly there is no reason it shouldn’t, loads of studies showing its effectiveness in contributing to weight loss.

However just remember this is no magic pill and you can’t count on it entirely, you still need to consider your calorie intake and how many calories you’re burning (hence exercise), simply Trimtone will increase your calorie burning ability. So like most weight-loss advice you should still limit calorie intake so Trimtone can help with burning out as many calories as possible.

A Free guide does come with the 2 months and 3 months supply that has recommendations on controlling calorie intake and how best to get the most out of Trimtone.

How much weight can you lose on Trimtone?

Results will differ between individuals, most of users online who take Trimtone alongside a healthy diet and regular exercise see noticeable results within a few weeks, typically losing between 0.5kg and 1.5kg per week. I guess it all depends, but generally a 3 month supply should contribute to a loss of around 12-15kg and will allow you to do your own trimtone review. Trimtone really believe in their products, so if you feel it isn’t for you or it isn’t working, you have 100 days to return your products – no questions asked!

If you are currently on a weight loss journey or looking to start working towards your goals, then trimtone makes for an amazing supplement that can help lose those extra few kgs.

We hope you enjoyed our Trimtone Review, Good luck with your weight-loss. 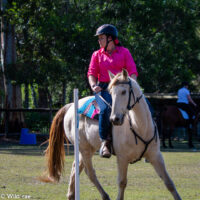 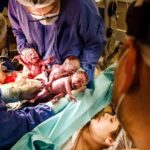 This is What Birth REALLY… 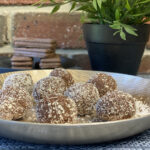 6 of the Most Brutal Torture Devices Used During the “MediEVIL” Ages
Asked 4 minutes ago
Need advice on what I can do about some kids that I know are being abused.
Answered 9 hours ago
Super Easy Vegetable Bake
Asked 16 hours ago
Just buy Australian owned & made!
Answered 1 day ago 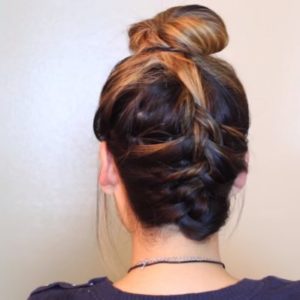 These amazing heatless hairstyles will improve the way you treat your 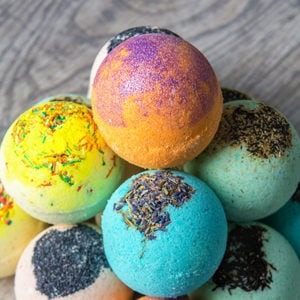 Could Abortion become Illegal in Australia after

Given the recent political changes in America, there is a growing