What a fucking douche canoe Ben Affleck is.

I normally don’t write much on celebrity news. I don’t care much about their lives as theirs has no real relevance to mine.

But I have always admired Jennifer Garner.

She is the ultimate Mum – she does everything for her babies, she cooks (her Instagram account is just a delight to behold) – and the fact that even after her marriage to fuck-knuckle Affleck was over, she was still seen to drive him to a rehab facility when he was drinking heavily and looked like had been sleeping in an alley.

But when Affleck came out yesterday quoting:

“I still would’ve been drinking” on his marriage to Jennifer Garner.

His verbal diarrhea went on:

“I felt trapped. We probably would’ve ended up at each other’s throats. I can’t leave because of my kids, but I’m not happy, what do I do. And what I did was (I) drank a bottle of scotch and fell asleep on the couch, which turned out not to be the solution”

That woman did nothing but support and stand by you – she picked you up at your worst when she didn’t have to – and you say that – publicly.

What a slap in the face to your ex-wife. How cruel a man do you have to be?

You know what you do Ben Fuck-You Affleck? YOU SHUT THE FUCK UP ABOUT THE BEAUTIFUL MOTHER OF YOUR CHILDREN.

I haven’t seen Benno so ‘arrogant’ since he last dated J-Lo.

And Jennifer Garner – in the media – all she says is:

“He’s the love of my life. What am I going to do about that? He’s the most brilliant person in any room, the most charismatic… I always say, when the sun shines on you, you feel it, but when the sun is shining elsewhere, it’s cold. He can cast quite a shadow.” 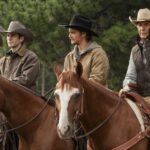 13 Fascinating Facts About the…