I have heard of the ‘Celebrity Death Pool’ in the past, but hadn’t actually clicked on the link… until it again came up in my feed today – predicting which celebrities will bite the dust in 2019.

The Death Pool is a list of 250 celebrities both past and present, that are likely (according to the public) – die in 2019.  As you would think, there are quite a few of the old Hollywood Stars that are 100 years plus (which you would think is a pretty good bet if you put money on it).  But it is surprising how many young celebrities have made this year’s list.

Celebrities that have had recent court battles, or have been photographed in sticky situations are more likely to make the list.

Young Appearances on the Celebrity Death Pool List of 2019 include:

I only know of Pete Davidson as Ariana Grande’s horrible looking ex-boyfriend and was secretly glad after they broke up (after the terrible death of Ariana’s ex ex boyfriend – Mac Miller).  However I managed to see a recent roasting of Justin Bieber, and Pete was savagely funny!  Pete Davidson has had a very public battle with mental health, a recent public relationship breakup and was raised by a single Mum as his father was killed in the 9/11 Terror Attacks.

Let’s hope Pete gets the help he needs!

I’m actually shocked Charlie Sheen hasn’t yet died of a drug overdose… and I don’t think I’m alone in thinking that! But he recently graced the cover of Maxim Magazine in a sizzling photo shoot with the hot model, Parnia Porsche! He has had public battles with drugs, has married and divorced numerous times and has multiple domestic violence charges against him.

Remember that song ‘Every Little Step?’  That was Bobby Brown and he totally rocked it. Bobby Brown is the ex-husband of Whitney Houston. Bobby has fathered seven children, but only one with Whitney, Bobbi Kristina Brown. Whitney died from drug use in 2012.  Three years later, his daughter was found unconscious in her bathtub and later died at only 22.

Bobby has had a lifetime struggle with ADD, drugs and bipolar disorder.  He has also suffered from alcoholism and has been arrested for misdemeanour battery, spent time in jail and been convicted of drunk driving. Oh Lindsay you train wreck you..

Lindsay was a child star and we all know how that ends up. Her parents divorced when she was young and has had an on-again, off-again relationship with her father. In 2017 Lindsay was engaged to millionaire Egor Tarabasov. However they broke off the engagement after Egor accused her of stealing.

She currently has a new television show ‘Beach Club’ (which looks AWFUL), she has had really bad plastic surgery and looks like a crumpled glove. She is notorious for her drug abuse and arrests for driving under the influence. She has also been charged with theft and has spent time in jail. Remember the television show ‘Saved by the Bell?’.  Well, Dustin Diamond played the uber-annoying character ‘Screech’.  Dustin has a failed marriage, released a sex-tape and was arrested after pulling out a knife during a bar altercation and served four months in prison. He has struggled to find fame plus a long line of failed relationships and two-bit acting parts, it isn’t a surprise Dustin is on the Death List.

I had no idea who this person was, but according to Wikipedia (which MUST be correct), Tila was a Playboy Pinup, she is a recording artist and supports Adolf Hitler. She checked into rehab in 2012 after a suicide attempt by overdosing on pills. She is also a ‘Flat Earther’.

She now has two children – let’s hope she is now on the straight and narrow!

Lena was the writer and actor of ‘Girls’ and is known for her lies to discredit a rape victim, Aurora against Murray. But just this December last year, she finally admitted her mistake and wrote her worst apology yet, saying that she was blind to the story. I mean, seriously?

Who would not hate R. Kelly? This ‘I believe I can fly’ singer and rapper is known for his numerous alleged sexual assaults and has been called a paedophile and other names by his haters. Yet, he still gets away from it. Just recently, city inspectors entered his west loop studio and said they found nothing inside. However, in a report by ABC, neighbours say that they often see young girls in the alley, just behind the building which R. Kelly own. He got away again this time.

Recent news stories allege that R. Kelly had a sexual relationship with singer Aaliyah when she was only sixteen years old.

Earl Simmons or known as DMX is a rapper who was imprisoned for a tax evasion case. He is to be released this January 27, 2019 after serving 12 months in Gilmer Federal Correctional Institution. However, with R. Kelly’s issues going in and out of the corner, it was revealed that DMX hated him for dealing with minors in an interview last 2014. In the interview, it is said that R. Kelly was supposedly meet up with him in a room but R Kelly was in another room with a minor. Well, now that’s a surprise.

I just hope R. Kelly gets what he deserves & let’s hope Earl Simmons gets back to his career.

The man who set the Guinness book of record for the most watch man in TV and famous for the Baywatch series, recently uploaded a hilarious video in Instagram. I’ve watch it and it was hilarious, he was walking in the snow with only a dress robe on, saying “My little Hoff is freezing!!” He has a long history of alcoholism – but has a successful singing career in Russia!

Shannen Doherty is an American actress, producer and director who was known in her role in Girls, Heathers, Beverly Hills and many more. However, she was diagnosed with cancer three years ago and opened up last year September to PEOPLE that she’s ready to take a job. She said that she don’t want her illness to be the only thing she’s focused on, and having a cancer made her a better actor. Awww. How inspiring.

Taran Noah Smith is a former child actor in a television hit comedy, Home Improvement. When he turned 18 he gained control of his trust fund, but then accused his parents of squandering his fortune. He’s now working in a normal job, working in construction. He was last seen fixing homes from the hurricane Harvey in Texas.

Famous for the hilarious comedy “She’s the Man”, Amanda opened up her drug abuse last November 2018 and how it led her to fall down in the industry. But that didn’t stop her from going up. Now that she’s four years sober, she’s continuing her bachelor’s degree at the Fashion Institute of Design and Merchandising according to PEOPLE.

Let’s just hope Amanda for her life and gets back to acting.

Who would not know the Home alone child star who was very cute back then? But behind this cuteness, Culkin explained that he had a terrible past with his father. His father abused him ‘mentally and physically’ because of jealousy on Culkin’s achievements. I feel bad for him, no child ever wanted to feel that way.

There isn’t news for a celebrity who gets sober, and Heather Locklear is no exception. Recently, I heard her break up with her on and off boyfriend Chris Heisser. In a report by daily caller, it is said that Locklear split up with him because she wanted to focus on her sobriety and Heisser is not helping her with this.

This Batman from DC movie: Batman vs Superman got a great start in his 2019 after bagging a role in The Showtime Series: Castle on the Hill. The filming was set to begin in Boston next month. He also has a new Netflix action drama called the “Triple Frontier”. Man, it looks like Ben is back and is busier than ever!

Who would ever forget Shia’s stunt on the red carpet? I mean, he really made a scene wearing a paper bag on his with words written: I am not famous anymore during the premieres of nymphomaniac. After 10 minutes, he walked off. I haven’t heard any news of him returning to the spotlight except being aggressive towards everything.

Which celebrity would die in your perception? 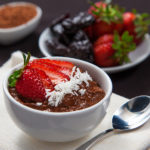 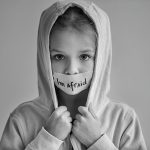 Bringing Love Back to Children…

Just buy Australian owned & made!
Answered 6 minutes ago
What is Covid making you Boycott?
Answered 1 hour ago
Whats the naughtiest/kinkiest thing you've done while married or in a committed relationship?
Answered 6 hours ago
Any psychics or mediums on here?
Answered 15 hours ago 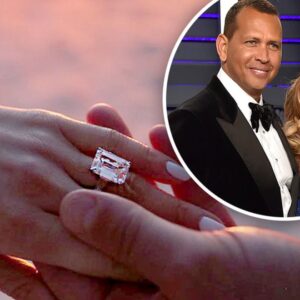 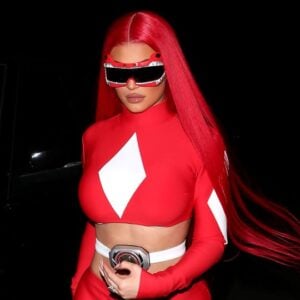 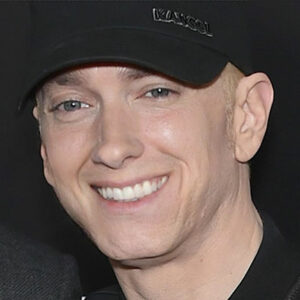 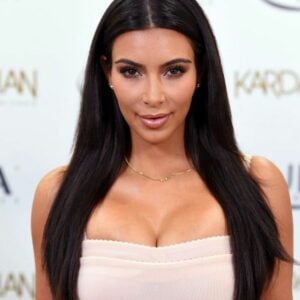