With barely a week before Christmas, a mother has shared her hilarious account of accidentally burning her elf on the shelf….. and it has the internet in stitches.

Mum-of-two Brittany Mease took to Facebook to share how her Elf was burned when she forgot about him in the oven.

“The other day the kids noticed that he hadn’t moved so when they weren’t looking I grabbed him off the kitchen counter and quickly tossed him in the oven until I could move him later and not raise any suspicion,” she wrote.

However, as with any other family in this festive season, things sometimes go crazy and Brittany said that she forgot she put the “freaking elf in the freaking oven”.

It was not until she used the oven to preheat some leftover pasta and started cleaning the kitchen that she realised something was burning just in time when her son, Gray came into the kitchen.

“I preheated the oven and started cleaning the kitchen. About 4 minutes later I started to smell something REALLY funky and that’s when all hell broke loose and I broke my son’s heart,” she wrote. “I would have thought that with Gray being older he would have laughed at it but it was Ily [her daughter] that laughed and Gray that got his little heart broken

Brittany used kitchen utensils to pull Elfis out of the oven but it was too late as his head had popped and his feet were already melted. But, she still managed to do something decent with Elfis in front of her kids.

“Sooooo…. guess what I’m doing today? I’m having to scramble and find the other elf we have and then I have to call Santa (in front of the kids) and ask him if he will please pick Elfis up tonight. Ya know, since he is unable to make it to the North Pole to get fixed because his head literally popped off from being too hot once we pulled him out of the oven and his feet are completely melted off,” she wrote.

Her post has been shared more than 131,000 times with over 131,000 reactions mostly from mums who can relate and who also gave their own hilarious account with their elf on the shelf.

One wrote: “OMG!!!! We do a mad dash every morning to move the elf. Aaaand this is Elf #2. No idea where we shoved the first one.”

news stories Elf on the shelf How to Make An ‘All… 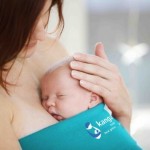 The Importance of Skin To… 8 Things I Don’t Want for Mother’s

Mother’s Day is a gift, right? It marks that one special