SAHM is the hub of frugal living hints and tips.

With Christmas just around the corner we thought we’d give you the low down on re-gifting. Plenty of people re-gift and done the right way you wouldn’t even realise you were the recipient. There is etiquette involved and by adhering to the basic fundamentals it will help you steer away from looking stingy, not genuine or possible embarrassment.

Re-gifting has in the past been considered a way of unloading your unwanted presents. It’s not. As part of the re-gift rules you can’t flog off that ugly sweater Aunt May knitted you, or the unattractive centrepiece Gran bought for your dining table. Well, you can if you want to look like an arsehole. But re-gifting doesn’t work like that… not anymore.

Re-gifting nowadays is a lot more acceptable, even somewhat chic given society’s emphasis on upcycling and highlighting our desire to minimise and declutter. So, if you’re thinking of re-gifting but don’t want to look like a tight arse, here are some things you need to consider.

Re-gifting really isn’t about offloading the shitty presents you received. The gift has to make sense. Don’t give Aunt Shelley your 3rd whipper snipper when you know she lives on a yacht. Do give her Kwell’s and the 2nd Pair of Dragon Sunnies you love but don’t suit. Really think about the present you want to re-gift and who of your friends and family would like it the most. Is it useful and who could utilise it best? This will help the receiver in feeling as though the gift was hand-picked with them in mind.

Rule 3: Don’t re-gift the used, the sentimental, or handmade

I don’t care who you are. Receiving a used anything as a gift sort of feels like you’re an afterthought. It’s like hey, I bought this new whizz bang blender. I tried it and it’s actually shit but thought you might want it. Ummmmm No Susan; I don’t want your clapped out blender or your cheap friendship. Same goes for the sentimental or handmade. Anything that was given to you as a token of appreciation, a memory or made specifically just for you, should be treasured. Even if it really is a monstrosity. Just wear the damn sweater Aunt May knitted you, it won’t fucking kill you and would probably make her day.

This is a must. Imagine all the fam sitting down together. Gifts are handed out all over the place. There’s wrapping paper and laughing, some carols on in the background. Then your brother in law Steve pulls out the same set of floral napkins and matching table cloth Great Aunt Beryl gave you last year. Aunty Beryl glances over, smashes back her butterscotch schnapps and stares at you with contempt. She pours another shot and you know when everyone starts to play their favourite Christmas game of ‘Family Fight Club’ Beryl’s going to kill you. Aside from being awkward, Great Aunty Beryl’s a bitch when she’s pissed. So for the love of god remember to separate your gifting circles. If you receive it from a family member, pass it onto a friend and vice versa.

Rule 5: It’s in the wrapping

Take off name tags. Take the time to inspect and remove any previous evidence of the gift having already been given. Always keep the gift in its original packaging. Nothing says re-gift more than a game of dominoes not still in their box. Although you may have never used them, it’s not a good look. To ensure your re-gift is worthy put some effort into the wrapping. Beautiful wrapping is almost as good as what’s inside. Pretty paper, some ribbon and a gorgeous festive bow shows you’ve put time and effort into the gift and the receiver will absolutely adore you for it.

Rule 6: Give sooner not later

We are all aware that trends come and go. Therefore re-gifting the 1950s fruit printed bread box you’ve had stored in the back of you cupboard for 40 years isn’t appropriate. Unless you have one of those friends who loves vintage décor. In which case of course this would be perfect. But otherwise, outdated items although never used is a definite no no. Re-gift your other set of electric salt and pepper shakers or the ultra-modern dining set you have no room for in your kitchen. They have value and would be appreciated by your re-gift receiver.

Rule 7: But wait just a little

Although in Rule 6 I’ve said give sooner not later, you still need to have let a little bit of time lapse between re-gifting what you received. It’s likely that if you immediately hand over that fondue set mum gave you, she’ll want a dinner party and expect to see it used. You also run the risk of having told your friends about the gift. Maybe you loved it but had no use; maybe you hated it and couldn’t wait for it to be gone. Either way though, your bestie will know if you’ve unwrapped the photo frames that don’t match your décor and then they turn up at her place for your annual Christmas catch up.

I sort of feel like this is a no-brainer. But I put it in here just in case we all needed a reminder. Shit could get awkward. Tim from accounts gave you that bracelet and declared his undying love. I know you hate it and you friend zoned Tim like 3 years ago and he still doesn’t get it. But, please don’t let your child’s teacher think you’re in love with them. After she reads the engraving ‘It was always you’, things will get weird or you’ll be asked on a date. So just be sure to check any re-gifts for personalised marks, messages or engravings.

A re-gift isn’t cheap, inconsiderate or less thoughtful than a gift. If you’ve given plenty of consideration regarding the gift itself, who it’s going to and how you’re going to present it; there’s no reason it is less valuable in sentiment or worth. Have no shame when handing over your re-gift. Do so with the same enjoyment and anticipation as you would have if you’d purchased it yourself. A perfect present has nothing to do with how or why you have this ‘something’ in your possession. A perfect present has everything to with the person whom you believed would love it most. Nothing has changed, it’s always the thought that counts.

If you’ve gone to all the trouble of ensuring your re-gift is of re-gifting standard and you still get busted, be honest. Trying to cover up a re-gift to someone who clearly knows it, is like acting sober in front of security while walking into a bar. It’s awkward for everyone, you’ll trip over your words and feet, escorted from the premises and run the risk of texting your ex. Okay, not all of that, but awkward nonetheless. Be a proud re-gifter. Let your recipient know that although it was a re-gift it seemed like the perfect present for them. If they still aren’t impressed by your efforts make sure next birthday you buy them a scratchie. But before you put it in their card, scratch it and announce they didn’t win. Because let’s be honest here: anyone turning their nose up at receiving an amazing present, re-gift or not, are kind of shitty people. 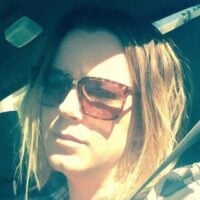 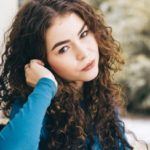 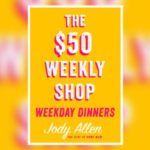 Feed Your Family for Only… The Best Christmas Hampers Under $50!

Here’s where to buy amazing Christmas Hampers under $50! I do 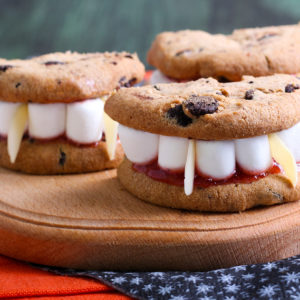 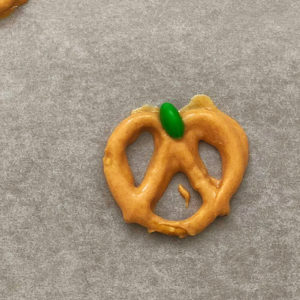 I have seen these Halloween Pretzel Pumpkins around loads of websites