We are big fans of animated films here, and some of our favourites are made by none other than Pixar.

We also happen to be big fans of trivia, so we compiled an awesome list of facts about Pixar movies.

Even if you are the biggest film nerd, we’re sure you will enjoy this list! Not all of their movies attained critical success (looking at you, Cars 2), but Pixar has never made a filmed that failed to profit. In fact, none of their films earned less than $150 million in the USA. Even the infamous Cars 2 managed to earn $68 million during its opening weekend. Did you know that one line of code deleted the entire Toy Story 2 project? Somebody, whose name was never revealed, accidentally entered the command “/bin/rm -r -f *” – the purpose of which is to delete everything in a particular location – and, to everyone’s dismay, did its job.

There would never have been a Toy Story 2 if not for Galyn Susman, supervising technical director. She had recently given birth to her second child and had to work from home, bringing a copy of the film with her.

It was a mum who saved the day. This room is a secret to mere mortals like you and me. However, the Lucky 7 Lounge is quite well-known among influential people and celebrities like Steve Jobs. Jobs is said to love bringing people to the lounge. This lounge, though, was just an unused nook accidentally discovered by animator Andrew Gordon. We think it’s super cool. The Pixar headquarters is not your ordinary office. Instead of sterile, boring cubicles, Pixar employees have cottages. What makes these cottages even more awesome is how these cottages are decorated. Keep in mind that these are Pixar employees, so there’s virtually no limit when it comes to imagination and creativity. On the other hand, Pixar says the cottages were actually cheaper than cubicles! Our beloved Toy Story is easy to watch but it was certainly not easy to make. Made up of 114,420 frames of animation, each single frame took from 45 minutes to 30 whole hours to render. Imagine that! The individual completed shots were rendered in what they call the “render farm,” which simply referred to a whopping 117 computers that ran 24 hours a day. We love Up, but we were disappointed to know that the number of balloons they used to lift Carl’s up was not accurate. Okay, kidding aside, did you know that, in reality, 12 million balloons are needed to lift a house up into the air? If you want (read: absolutely need) to know the scientific facts, here’s a feature.

It is mindblowing to know just how much time and work go into a single minute of a Pixar animated film. 5 career years go into every single minute of the animated films that we enjoy — as well as the next generations. And with this in mind, the amount of work that goes into every film is perhaps little compared to the amount of time the films will be viewed and appreciated. For some reason, the animators of Toy Story 3 decided to shave their heads just after the wrap party for Up. The team included director Lee Unkrich. While we know the reason to be a “clean start” before beginning another animated film, there are some speculations that the team did it to support a colleague who had cancer. We avid viewers of Pixar films owe our enjoyment and entertainment to a few napkin sketches. These are from a lunch meeting among Pixar writers Andrew Stanton, Joe Ranft, and Pete Docter, and director John Lasseter in Hidden City Café in Point Richmond, California. This took place after the success of Toy Story, and the team was wondering what they would do next. The lunch meeting quickly turned into a brainstorming session where they sketched and outlined storylines and characters for our beloved Wall-E, Finding Nemo, A Bug’s Life, and Monsters, Inc. The Pixar Animated Studios is built to make sure the animation process of every film continues despite little problems like major earthquakes. To ensure this, the building is able to withstand earthquakes by being built to sway 2 feet in any direction in case of an earthquake. It’s one of the safest places you can find in Northern California. Now, that’s dedication! Do you know someone from Pixar? Perhaps it’s time to befriend an employee because they enjoy free admission into any Disney park and can bring with them 3 guests. But this is just one of the awesome perks that Pixar employees enjoy. Aside from this, Pixar employees are known to enjoy fabulous benefits like 3 weeks of vacation leave (not including the 12 days sick leave), up to $1000 educational allowance, and access to Pixar University – where they are also free to use facilities like a gym, a pool, and a basketball court. Say what?

What facts about Pixar movies do you know? Girls Are Out To Go… 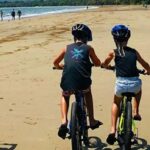 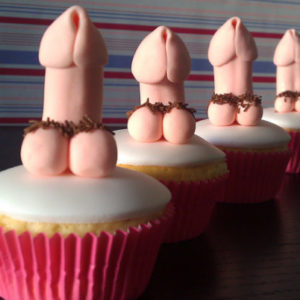 59 Dumb Things We Believed As A

Do you remember the dumbest things you believed as a child? 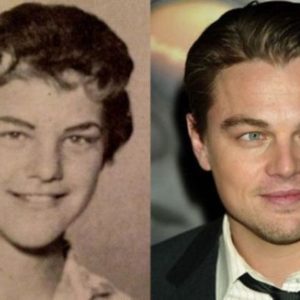 Just ponder, if you will, for one minute, if time travel