Matthew McConaughey is well known for his acting achievements which include an Academy Award as well as a Golden Globe Award Best Actor for his performance in Dallas Buyers Club.

He is also just as well known for that heavy Texas drawl, that wavy light brown hair, those oh so soft twinkling blue eyes and well that tendency to just take his shirt off. Anywhere. I applaud that. It should be encouraged.

Matthew David McConaughey (aka my Hottie McTrotty) blessed the world with his gorgeous presence on the 4th November 1969. He was born in Uvalde to Mary and James McConaughey. Growing up with two brothers Mike (Rooster) and Pat, Matthew attended Longview High School where the awards started rolling in. Matthew was voted ‘Most Handsome’ in his senior year and with looks like that, it just leaves me to ponder life’s unfairness. Why did I not have guys who looked like THAT at my high school?! 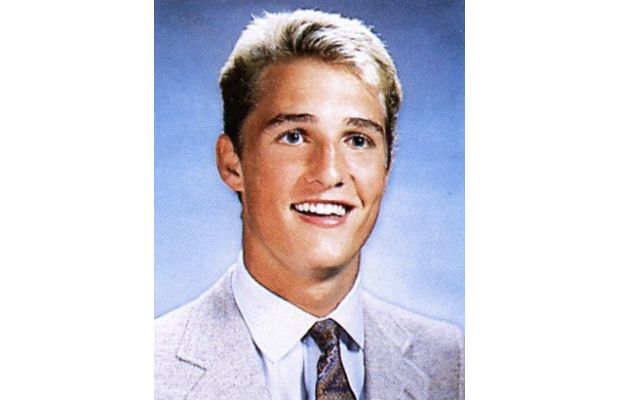 After graduating high school in 1988, Matthew was told of an undiscovered beauty in far off lands that he must seek out and marry. Well ok in my head that would have been the PERFECT scenario, a long, challenging adventure to find “¦ me! “Oi! Here I am!! The crazed stalker like chick with the big banner saying “It’s me!! Matthew, Matthewwwwww!”

Reality played out a little differently though. Matthew lived for a year in Warnervale, NSW as a Rotary exchange student. So close and yet so far.  *sigh* 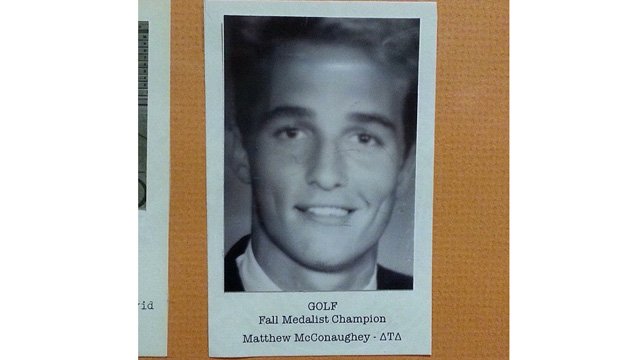 Broken hearted and not thinking he would ever find me; Matthew returned to the USA where he attended the University of Texas College of Communication. Although starting his education in Law he did a switcheroonie and changed his direction. He majored in film and received a Bachelors degree of Radio-Television- Film in 1993.

Matthew’s professional acting career started rolling when noticed in his role in ‘Dazed and Confused’. He featured in many more movies in the 90’s including Texas Chainsaw Massacre: The Next Generation, A time to Kill and Amistad to name a few.

It was the 2000’s though that catapulted Matthew to be a more common household name. It was the erea of the Romantic Comedies and who wouldn’t like to fantasise being in a relationship with Mr McConaughey?!  Movies such as ‘The Wedding Planner’, ‘How to Lose a Guy in 10 Days’, ‘Failure to Launch’, ‘Fools Gold’ and ‘Ghosts of Girlfriends Past’, all  starred the magnificent Matthew.

It was in 2005 that McConaughey was voted ‘Sexiest Man Alive’. Quite rightly so.

I vividly recall watching an interview Matthew McConaughey did with Oprah Winfrey many years ago. Although I already considered him to be a lovely looking lad, his charm, manner and overflowing, well, manly sexiness had me (and I guess many other women around the world) smitten and just a little steamy if you know what I mean. There was, though,  a moment of mild distress I guess you could say, when Matthew revealed that he had NEVER worn deodorant or any scent that would mask his own scent since he was 14. His reasoning was that his smell is unique and besides the women in his life had all said his ‘smell’ “smells like a man, and it smells like you (McConaughey)”. More power to you Matthew, but I think I’ll just stand back a little and admire. Breaking free of the rom-com stereotype, McConaughey started taking creative risks in smaller edgy films.  From 2011, he appeared in darker, challenging films such as ‘The Lincoln Lawyer.’

After 2010 McConaughey’s roles had changed, and this was the start of the McConaissance. Matthew started appearing in more daring, ‘grown up ‘ roles. Starring in The Lincoln Lawyer, Mcconaughey showed his ability to show the darker side of himself as a sleazy defense lawyer. Other roles included Dallas the Xquisite Strip Club owner in Magic Mike, his multi-award winning role in Dallas Buyers Club, as well as The Wolf of Wall Street to name a few.

McConaughey has three children to his wife Camila Alves; Vida, Levi and Livingstone. Who, with the ridiculously good looking genes from both parents will no doubt wow the world as they grow up.

Matthew McConaughey would seem at home in the yard, under the hot hot sun, shirt off, sweat glistening.. oh.. hang on let’s change that. No deodorant.  Scrap that train of thought. I’ll try another one.

Matthew McConaughey with his outstanding acting abilities and natural charm and ovary bursting good looks will no doubt be considered one of the greats of our era in time to come. 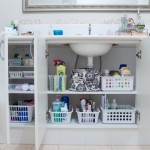 Mother inlaw why would she have done that?
Answered 18 minutes ago
Chocolate Pound Cake
Asked 60 minutes ago
Pissed at hisband
Answered 3 hours ago
How common is circumcision these days?
Answered 5 hours ago 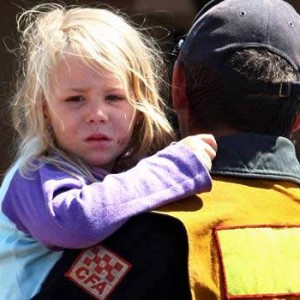 “Wait and See” Will Not Keep You

“The flames were closing in from everywhere. The heat was so Once a Month Cooking E-Book 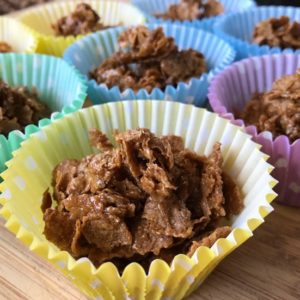 Healthier Honey Joys This is a healthy twist on a classic Love Eating Out? You’ll Love This!

If you ask us, life is all about new experiences, doing

10 Amazing Facts About the Titanic

The RMS Titanic has gone down in history as one of