When my eldest son first moved from a cot to his own bed, I lovingly bought him an Elmo Doona Cover.  He was too young to choose it himself but Elmo was age appropriate, matched the décor in his room and was on sale for half price.  Unfortunately when son #2 moved into his big boy bed twelve months later, he wanted an Elmo doona cover to match his big brother’s and there were none to be found.  So Elmo had to be ditched and we went shopping!

Apparently it is no longer acceptable to adorn one’s bed with a simple planes or trains motif. Gone also are the days of a simple floral pattern for the girls and some stripes in a geometrical design for boys. These days, your doona is your child’s feature wall, a definition of their juvenile design status, and if you are organised enough to make the bed every day,is usually the first and lasting impression as you brave said child’s bedroom. So yes, it needs to be “in”!

It’s not so much that I am so engulfed by consumerism to shower my children in the latest character’s merchandise, but I will admit that it provides fantastic purchasing options for family members at birthdays and Christmas.  Roughly a week or two before, the obligatory phone call/email/text message is made to enquire as to the latest fad and all of a sudden Buzz Lightyear, Ninja Turtles or another over-commercialised boyrelated television icon has thrown up all over my sons bedrooms.

But I do face a problem; one that I hope will not follow them into adolescence, in that I have two sons. Two matching doona covers, pillows, dressing gowns, shoes, t-shirts, posters, costumes and toys, because heaven forbid one displays an inkling of individualism and chooses to idolise Spiderman when the other has chosen Batman. I know I should be relishing in the sweet nature of each brother wanting to be like the other, but I can’t help but curse the Disney/Pixar/Marvel comic Gods when yet another character is created and it is ever-so-subtly suggested that maybe it is time for a change in bedroom décor. 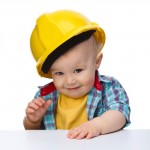 Simple Ways to Make Your… 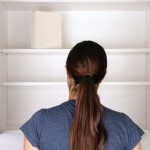