There’s yet more proof that mums are pulling double weight in households today after a recently released report showed that mums spend more than 24 hours per week doing housework and chores.

The report, released by the Australian Institute of Family Studies (AIFS), was compiled by examining the housework, care and work habits of Australian mothers between 2002 and 2014. They found that the average amount of time spent by women, both before and after becoming mothers, was enormously high, making it clear why many women complain of exhaustion.

Before becoming a parent, women spent on average 16 hours per week doing housework and chores, but after having a child, that number jumps to 25 hours a week and only gets higher. When the youngest child starts school, mums are up to 30 hours a week in household chores.

However, what’s even more incredible about these numbers is that some of the mums who were surveyed reported spending a whopping 51 hours a week doing household chores. That’s more than two full days spent vacuuming, washing, cooking, cleaning and picking up after kids. it’s no wonder mums are exhausted! 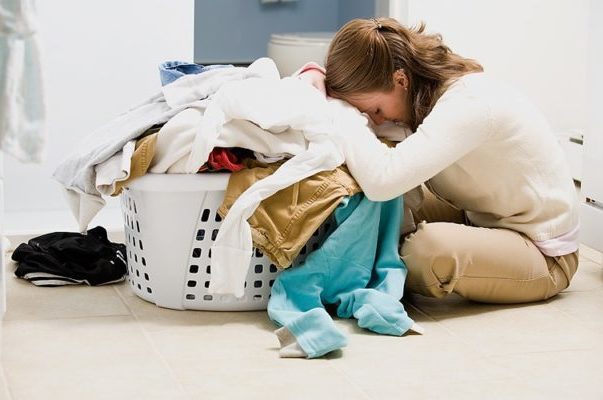 Mums In The Workplace

As a part of the study, the Australian Institute of Family Studies also looked at how the birth of a child affected the hours that women spent in the workforce. What they found makes it clear that many mothers still struggle to get back into their jobs after the birth of their children.

On average, women worked 33 hours of paid work per week prior to having children. However, after becoming a mum, the number of hours worked a week on average was just nine. Where do the hours go? Well, when kids start school, mums spend around 26 hours a week directly caring for children (and that’s on top of all the housework), but that falls to around five hours a week by the time kids leave home. A Word From AIFS

Anne Hollonds, the director of the Australian Institute of Family Studies said that it was being a mum that put an increased pressure on women:

“This is a huge change for women who virtually overnight start wrestling with far greater caring responsibilities than they have ever had to confront before,” she said.

Ms Hollonds also noted that there remained a strong trend for it to fall to mums to deal with both childcare and household work, with the shared responsibilities remaining clearly stacked towards mums over the last decades. She says it’s well past the time to make a change towards a more equal split of childrearing and household duties.

“It’s time for more equal sharing of domestic chores to be seriously addressed as an economic and social issue affecting all families raising children,” she said.

“Apart from being a fairness issue, pressures on mothers may affect the quality of family relationships.”

So, how much time do you spend on housework? 5 Ways To Make Cash Out Of Your Spare Room

Don't let that spare room just sit there doing nothing!

If you're only keeping food in there, you're doing it wrong..