If a zombie apocalypse broke out, I’d want Norman Reedus to do some steaming… I mean redeeming.

We just cant get enough of the sober rebel, squirrel-killing country boy Daryl Dixon in The Walking Dead. Norman Reedus depicted a compelling performance of an ideal bad-ass yet affable zombie-killing man  which undoubtedly gave the show an up scaling popularity.  What he didn’t know is he turned women into  flesh-eating zombies with an appetite for a tough, sexy yet gentle Norman Reedus in the menu.

I’m not gonna hit you with an arrow because I myself am guilty. Fear at nothing as we heat  up the night with 10 sexiest things about Norman Reedus.

1.His gothic and brawny look can be attributed to….

2.Yelling made him a star He’s been playing that rowdy bad-ass guy since forever and was pretty much discovered while being that guy. After an inevitable break up, Norman was stuck in a job fixing motorcycles. Soon, he got into a loud brawl with his  boss and decided to quit the job when an agent saw how good he was, not at acting, but at yelling. A week later, he was cast in a play and the rest was history. 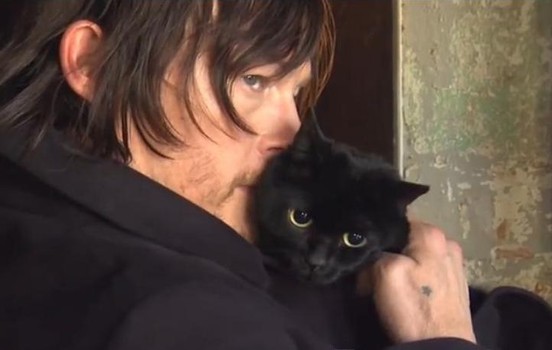 He might be butchering zombies in TWD but he’s totally an animal lover. He gave his cat a strange but cool name, “Eye in the Dark”.

You have cat to be kitten me right now……ahem….sorry….my attempt at a pun. He got into a car crash in 2005 after watching an R.E.M concert which earned him several operations, replacing his eye socket with a titanium and adding four screws in his nose.

Norman reveals his darker and kinkier side in his photo book The Sun’s coming up Like a Big Bald Head. It features photos of roadkill animals and an installation of provocative arts like a vagina and uterus cunningly crafted by Norman. He’s got the brains and the body baby. Such a sexy weirdo! Daryl Dixon has no counterpart originally in the book, but the writers were so impressed with his audition, they specially created the character for him. That was the best decision they made for the show we reckon!

7. His favourite number is 3 (with a teasingly hot reason). Norman told Us Weekly, “When I was a kid, 3 was my favourite number because if rotated, it looks like a pair of boobs.” Such a bloke!

8. His favorite thing to do is lie down. 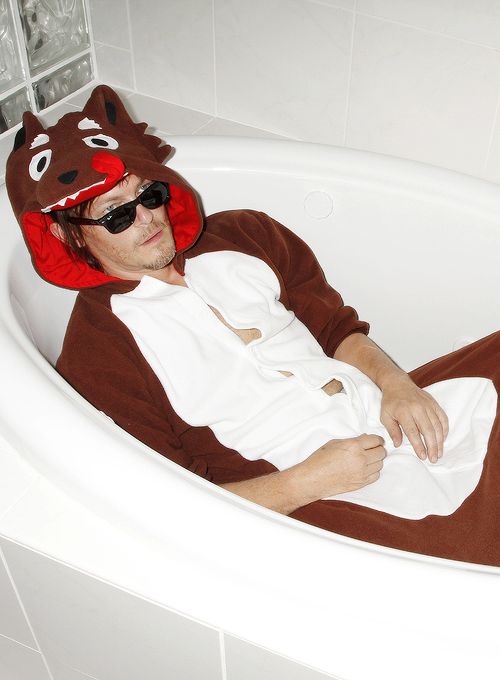 9. Before he got down and dirty, he aced modelling for big names such as  H&M, Gap, and Prada. Now we know why we keep on pressing that replay button. He gets better with age! Don’t you wanna eat him? Is it normal for the mother of my step son to buy my husband a father's day gift and put my child's name on it?
Answered 11 hours ago
How kinky are you?
Answered 19 hours ago
What are some reasons you have lost a school mum friend????
Answered 1 day ago
Whats your family support network like?
Answered 2 days ago