Dean Geyer might be engaged but we still love to see him included in the roster of our yummy guys.

Aside from a good singing voice and terribly good looks, Dean Geyer is pretty much an accomplished actor, singer and martial artist rolled into one and stuffed in a sexy, hot body.

Here are more reasons to love this Gleek-slash-Australian-Idol:

In Glee, he’s playing smokin’ hot Brody Weston, an older student who has a thing for Rachel Berry and shows her the ropes while she pursues a career on Broadway in New York City. If I was Rachel, I’d think twice about my relationship with Finn. Eeeep.

This beautiful face was actually born in Johannesburg, South Africa but moved to Melbourne at the age of 15.

Dean was a contestant on the fourth season of Australian Idol, he placed third, he landed a record deal with Sony BMG Music Entertainment in Australia. He is also the first ever contestant to sing an original song called “Nice To Meet You.”

*Gulps.* Okaaay, I dunno what to say anymore.. those abs are so distracting.

He has a black belt in karate, his father is a karate instructor and his grandfather a karate legend, he got to use his skills in the film “Never Back Down 2.”

He actually met his current girlfriend, fellow actress Jillian Murray, in the set of “Never Back Down 2”. Sorry ladies!

He was used to be engaged to Lisa Origliasso from The Veronica’s back in 2008, but called off the engagement due to work commitments. They’re still pretty good friends, though.

He was voted second in the hottest Aussie guy on television in Australian TV Week reader poll, with Paul O’Brien taking first place. Who wouldn’t agree? Dean is hot asf.

Dean Geyer was also a calendar model as “Mr. May” in the 2005 Bodyline Men calendar.

I want to be that chair so bad.

I can’t resist a hot man in a crisp suit. Would take it any day.

If Dean wasn’t an actor or a musician, he would love to work with animals. “It seems like the most rewarding job,” he said in an interview. I love animals too, you know.

He looks rough and scruffy in this old photo, but I like my men rough.

Dean’s song “Change” is all about his move from South Africa to Australia when he was 15. His parents decided to move because of the high crime rates in South Africa at the time. For his big Glee audition, he sang Justin Timberlake’s “Cry Me a River,” “One Song Glory,” from Rent and a song by Josh Groban. He’s just so talented! Hey Dean, I don’t really mind if you don’t have a shirt on. 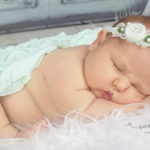 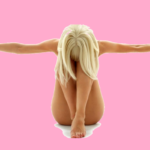 9 Crazy Facts About The…