I see your eyes are peeled because of the DILF-y Mark Wahlberg.

He is already a staple in Hollywood but in our hearts, he is forever a classic cutie. We’ve watched him grow into the man he is now, and we are ever thankful to the gods for having him here on Earth!

Wahlberg started his career in the groups Marky Mark and Funky Bunch before going into a modelling career and later, being an actor. Really multi-talented!

Here are some of the reasons why we love him so much:

2. Mark was first noticed as the younger brother of Donnie Wahlberg of the successful boy band New Kids on the Block.

4. The record, produced by his brother Donnie, became number one on the Billboard Hot 100, later becoming certified as a platinum single.

5. Out off topic, but I’m just wondering why Mark is fond of holding his family jewels? Bahaha!

7. Mark is the youngest of nine children, his siblings include actor Robert and actor-singer Donnie.

With Mark, I actually agree to the adage that the youngest sibling is the most good looking!

8. Mark Robert Michael Wahlberg was born June 5, 1971 in the Dorchester neighborhood of Boston.

9. He went out of his way to get The Fighter made. His career in general contains a much higher percentage of serious drama than one might reasonably expect from a former rapper.

Well, he is one versatile fella!

11. He has no interest whatsoever revisiting his career as rapper Marky Mark. In an interview, he described coming across a VH-1 retro-90’s special in which he appeared, and apparently he didn’t find it as funny as the VH1 hosts did.

12. Both he and his Ted co-star Seth MacFarlane were scheduled (separately) to be on Flight 11, one of the planes that crashed into the Twin Towers. Wahlberg decided to go to a Toronto film festival instead at the last minute.

13. Uhh, if you need any more reasons to love Marky Mark, just watch this video from beginning to end.

14. He played a psychopathic stalker, rapist and murderer on one of his earlier films, “Fear.”

15. He was named by People magazine as one of the most beautiful people in the world.

16. Mark was originally cast as Linus Caldwell (Matt Damon’s character) in Ocean’s Eleven, but he decided to opt out.

Matt Damon has a bit of similarity to Mark Wahlberg, I am oftentimes confused who’s who between them.

17. In December of 2001, he bought a 5 million dollar Beverly Hills mansion for his mum.

18. Mark is of Swedish, Irish, German and French Canadian descent.

His genes are just sooo good.

19. He has a tattoo of Bob Marley on his left shoulder.

20. His older sister Debbie passed away just a day before his daughter Ella was born, on September 1st, 2003, leaving behind a son.

He’s number one in our hearts!

If somebody as hot as Mark asks me out, I’d definitely say yes!

Yeah boiiii. Are you feelin’ the good vibrations now? 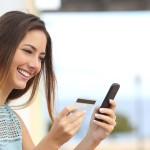 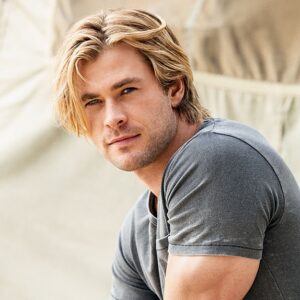 Get Fit For FREE with Chris Hemsworth