An 11-year-old girl, who led an active life, has been left paralysed after suffering from stroke during her PE class at school.

Jade Carney loved riding horses and motorbikes. She competes in gymnastics and was a champion athlete. However, things turned to worst after an unthinkable happened six weeks ago. Jade was in PE class when she suddenly felt the need to sit down and stopped running laps around the oval.

Her mother, Lindsey Morse, 34, told Daily Mail Australia that Jade’s friends immediately became concerned. “She laid down and that worried her friends, she’s so active and she doesn’t sit still for long,” she said. “They asked if she was all right and Jade was just unresponsive.”

When their attempt to wake her up failed, a teacher called an ambulance and doctors immediately began to run a series of tests. She immediately called the neurologist at a Brisbane hospital, who told her her worst nightmare.

Jade had suffered a stroke.

Lindsey said she was ‘in disbelief’ when she first heard the diagnosis.

“I was just gobsmacked,” she said. “I didn’t even think kids could have a stroke, I thought it was an old age thing that happens when you’re older.”

Doctors said that they are still determining what caused Jade’s stroke, and can’t even tell if it will happen again. Now, Lindsey is doing what she can to help get Jade’s life back to a new normal, staying by her daughter’s side as she undergoes at least three hours of rehab a day, which include occupational, music and bike therapy as well as speech pathology.

Although Jade can speak again, she has trouble finding the correct words or following instructions. She also continues to struggle with her right arm.

Lindsey said that Jade knows she’s had a stroke, but she said she’s been surprised that Jade hasn’t asked her any questions or ever spoken about what has happened to her.

Doctors have told Lindsey that Jade may be able to go back home in as early as two weeks, but her battle has just begun as doctors say ‘it could be a lifelong thing,’ but it just ‘depends on her progress.’ Lindsey said she knows it will be hard to Jade, who ‘never got sick’, to adjust to a new reality when she returns home.

“It’s just come out of the blue and shocked us all, and there’s got to be a few changes when we get home on what Jade can and can’t do,” she said. “It’s really going to affect her because she was such an active child. To tell her no, you can’t do that anymore, is really going to flip her world upside down.”

Friends have since set up a GoFundMe page to help raise money for the family. 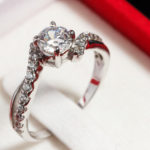