Birthday season? Graduation season? Uh yeah, any season might be party season for anybody and it never hurts to have some party poppers!

Instead of shelling out lots of moolah for store-bought party poppers, why don’t you try making your own?

All you need are some old tissue cardboard, a wide double-sided tape, colourful wrapping paper (lots of it), scissors and some cheap balloons.

1) First, cut the top of the deflated balloon horizontally.

2) Then stretch the hole you made from the balloon for the cardboard roll to fit into it.

3) Secure the ends with double-sided tape.

4) And wrap the cardboard roll in bright-coloured wrapping paper.

5) Cut up some more wrapping paper into tiny squares like a confetti, pull the balloon down gently, release it and… voila!

You have your very own (could be personalised) party popper!

Check out this video on how to do it:

And a thorough tutorial to guide you!

They’re safe, don’t sound as loud and are uber colourful!

Note: You can recycle “popped” ones by just putting in more cut wrapping paper into the cardboard roll! 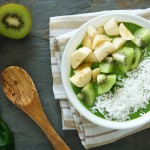 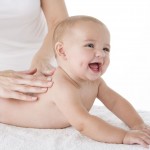