Australia can feel a bit isolated in the scope of the whole world.

Indeed, although we are a multi-cultural country kids who aren’t from bi-lingual backgrounds rarely learn to speak a second language.

And that’s too bad.

There are so many reasons to learn another language, and it’s much easier to do when you’re a kid. In fact, being bi-lingual myself I can tell you that all the cool kids speak too languages. Here’s why you should get your kids on the bi-lingual bandwagon. 1. It Expands Their Idea Of Communication

When your child learns to speak another language, what they’re essentially learning to do is communicate in an entirely new way. This means they understand that there is more than one way to interact with people, which makes them more confident socially, and more adaptive in their day-to-day lives. When you’ve grown up only speaking one language, and only hearing one language, it can be strange and even jarring to realise that people in other places communicate differently. Not so for bi-lingual kids!

2. It Makes Them Smarter

The brain is a muscle, and muscles are improved best when they’re used regularly. Teaching your child to speak a second language can have a marked affect on their academic abilities, including surprisingly their skill in the English language.

This comes down to better understanding how English works, as they compare it with the language that they’re learning. Studies also suggest that when kids learn more than one language when they’re young, they find it easier to pick up other languages when they’re older.

3. It Builds Their Self Confidence

Confident kids do better overall, and you don’t have to be a genius to figure that you. These are the kids that step up, embrace new opportunities, and believe in their own ability to get things done. Learning a new language is one of the greatest ways to build self confidence. We all know that learning any new skill will boost our self confidence, and learning a skill like a new language, one that is regularly met with compliments and awe, really does make for confident kids.

Plus, kids who speak more than one language will generally have more social interactions in seeking out people who speak the same languages they do. This means meeting more people, improving speaking skills, and generally developing a greater sense of themselves.

4. It Increases Their Career Opportunities

Careers might not be something you’re thinking about for your child, but often the actions we take as children, particularly when it comes to learning, can have a marked effect on how employable we are later in life. Just as children can grow into effective leaders or good team players through experiences they have as children, so too can the ability to speak a second language impact them as an employee later in life.

Having the ability to speak a second language markedly improves employability in many different sectors.  For example, in case a job opportunity arises in French speaking countries, your child may be able to grab that opportunity if they are able to speak French.

Even in sectors where the employer may not have a direct need for their bi-lingual skills, the fact that your child is bi-lingual indicates that they have potential above that of mono-linguists. That’s worth putting on a resume! Cultural awareness is such an important thing to have in the multi-cultural and diverse world we live in, and learning another language is a shortcut to a sense of cultural awareness that mono-linguists don’t often have. When you learn to speak a new language, it’s impossible not to also learn an immense respect and understanding from the culture that language originates from. Languages and cultures are intricately linked, with many aspects of the language reflecting the values, motivations and ideals of those living in that culture.

By learning to speak another language your child is developing this understanding and respect, something that will serve them well throughout their lives.

Do your kids want to learn a second language? 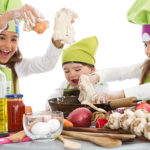 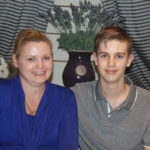 Have You Considered Becoming a…