Did you know LEGO makes 20 billion pieces every year? I guess the explains why we stand on so many of the razor sharp little buggers! 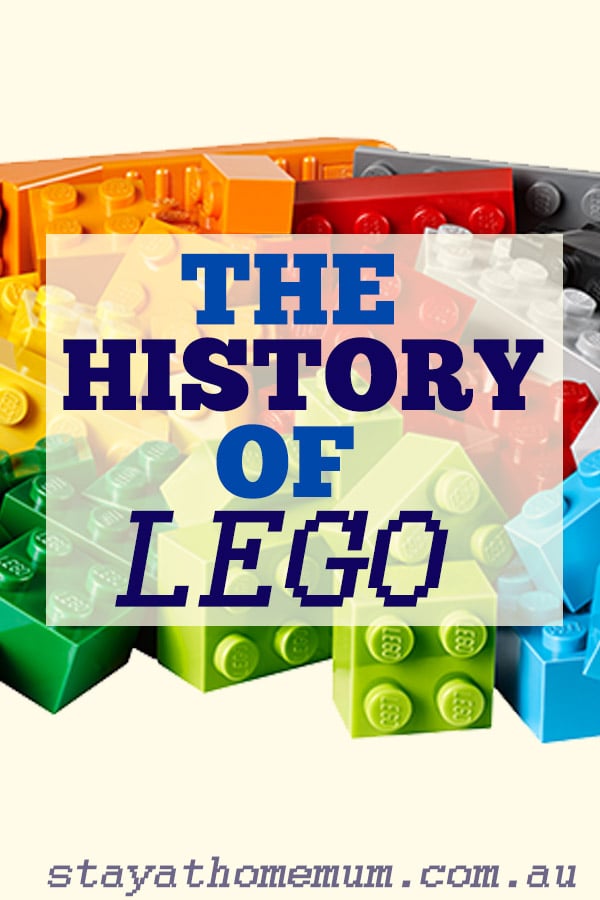 As parents, we want to balance learning and fun for our children especially in the iPad era. But, there is a company who has been helping stimulate children’s creative juices and intelligence through play for decades.

LEGO may awaken the kid in you and most of us grew up with a LEGO on hand. It’s that little plastic block that we fasten together brick by brick to create houses, castles, bridges or a prison for the evil Dr Pork Chop. Before it became one of the largest toy companies, it has its own humble beginnings that remind us that anything is possible when ideas are put into action. More so, this little brick is a product of someone’s imagination that has benefited generations.

The Father of LEGO The beginnings of LEGO can be attributed to a Danish carpenter named Ole Kirk Christiansen. He was a skilled man who owned a struggling woodworking shop in Billund that he ran alongside his 12-year-old son, Godtfred Kirk Christiansen. The small shop was known for manufacturing stepladders and ironing boards, but later closed down due to difficult times.

But Christiansen was driven to venture into something, so he could feed his four sons. Later, he figured out that the remaining materials in his shop can be made into something profitable like wooden toys for kids. The first line of toy products he made were pull toys, piggy banks, toy cars and houses. The great depression made the business less profitable as farmers would sometimes trade food for the toys.

The Origin of the name, LEGO

While most companies have already taught of a name for their business, LEGO started without one. In fact, the company thrived for two years without it. The name, LEGO, comes from two Danish words ‘Leg‘ and ‘Godt,’ which when translated mean ‘Play Well’. Christiansen tried playing up words by combining the first two letter LE and GO.  Later, he discovered that LEGO bears a wonderful meaning in Latin which when translated means, “I put together” or “I assemble“. Since then, the company started to use that name to their products. 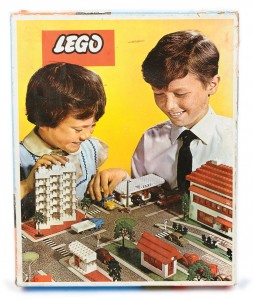 From Wood to Plastics

After World War II, plastics were made available in Denmark. Christiansen thought of using a plastic injection moulding to form plastics in to good use. He bought the moulding machine in 1947 and shortly after, he launched the first modular toy-a-toy truck that can be adjusted and reassembled.

Christiansen obtained a sample of interlocking toy bricks manufactured by Kiddicraft, a company that specialises in self-locking bricks. He took time to study its design and later produced his own version which he labeled as Automatic Binding Bricks. These rectangular-shaped bricks had several round studs on top that will tightly attach to another block. In 1953, the company decided to change the name of the bricks from ‘Automatic Binding Bricks‘ to ‘LEGO Mursten‘ and later on, ‘LEGO Bricks‘.

In 1954, Godtfred was designated as junior managing director of LEGO. He had a significant conversation with a foreign investor that would soon manufacture the LEGO Bricks. That way, LEGO’s ‘Town Plan’ system of brick toys was born.

The new bricks received a reasonable reception. Though the bricks could be stacked and held together, they were not that stable. Surprisingly, several buyers also aired the same problem, stressing the bricks’ limited locking ability. This pushed the company to add hollow tubes on the underside in 1958 to offer the much needed support and versatility. The design defined the quality of LEGO ever since, so in order to jeer away competition, it was patented on the same year. However, Christiansen died shortly after that same year, passing the leadership baton to Godtfred.

Next Page: Binding Nations Through LEGO

An Easy, Breezy Family Holiday on A Cruise!