He lost weight. He cried for up to 16 hours a day on average. It was hell on earth – and he did this for four months! It took four months for the doctors to finally realise what was wrong. It was silent reflux.

Most children from time to time have episodes of reflux. But when it is constant and affecting the health of the baby, this is when it is time to get something done about it!

What are the symptoms of silent reflux in babies under 18 months?

This is tricky, because a baby could have one or none, or all of them. Some symptoms include:

What actually is a reflux?

Estimates are that about 8% of newborn babies experience reflux and/or silent reflux. Silent reflux (as opposed to normal reflux) is where the contents of the stomach are burning their way up the body, but no vomit is forthcoming. This often gives the infant about 30 – 90 minutes of pain after a feed.

In serious cases, sometimes, the symptoms of reflux and silent reflux can be an indicator for Oesophagitis, which is where bleeding or severe inflammation occur in the oesophagus. This is because the stomach acids are literally eating away from the inside out.

What to do about it?

Whilst it is imperative that you get your babies looked at by your local doctor to ensure there isn’t a serious issue (and most reflux babies do need some form of medication), there are still things that you can do as a parent or carer to ease the pain of silent reflux in your child.

Keeping your baby upright will help to ease the pain of silent reflux. You can even buy special pillows for under your baby’s mattress so that your baby isn’t lying ‘flat’ when sleeping, but will be sleeping on an incline. Also, sitting your baby up whilst feeding as much as you can will help.

Babies with reflux or silent reflux tend to be very fussy. If you can feed little and often, this can often ease the pain of a full tummy and burning pain. Although it is said that breast milk is easier on the stomach, personally, I have found that a thickening formula tends to ‘settle’ the stomach and baby is less likely to vomit it up. You can get a prescription for thickened formula at your doctor, or at your local chemist.

3. If you are breastfeeding, avoid ‘gassy’ foods.

Avoid foods like broccoli, garlic, onions and cabbage, which can cause gassiness in bubs. Other foods to avoid include caffeine, all spicy food, and sometimes even dairy!

How is it treated medically?

If the reflux is serious enough, your GP might prescribe one of the following:

Does your baby suffer from silent reflux? 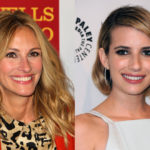 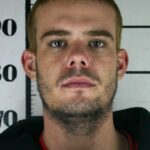 19 Criminals Who Are Extremely…