“I hadn’t picked it up at first not because the signs weren’t there, because they were, but because I didn’t see anything problematic in those signs…

“She was a lot like the way I was as a child and also in some ways similar to me even in adulthood. For the most part, I understood her, and even the areas that I didn’t understand didn’t alarm me.”

These are the words of a mother whose daughter has just been diagnosed with autism. Like so many before her, she was unaware of the signs, didn’t understand the symptoms and only now sees the differences in her daughter. But she is not alone.

Autism (ASD) is a developmental disorder affecting the areas of the brain that affect communication and social skills. Usually appearing in the first three years of life, most parents may notice something by the time their child is 18-months and seek help by the time the child turns two. Other children may progress normally through age two, then suddenly begin losing language and social skills they had previously developed.

While the cause of ASD is unknown, current research suggests biological or neurological differences in the brain that may begin during pregnancy or shortly after birth. Research also suggests that that there may be a genetic basis in many instances although not all.

How common is autism?

A prevalence study by the Australian Advisory Board on Autism Spectrum Disorders in 2007 concluded that one in 160 Australian children aged between six and 12 years have an ASD that is more than 10,000 Australian children in that age group. However some recent studies suggest this figure could be around 1 in 100 (Centers for Disease Control and Prevention, 2012).

That means the condition is now more common than cerebral palsy, diabetes, deafness, blindness and leukaemia put together.

What are the signs to be aware of?

A child with autism may struggle in particular areas that seem to come “easy” or “naturally” for other children. The most affected areas are communication skills and social skills.

Because sensory input is processed differently in autistic children, you may notice hypersensitivity in your child to light, sounds, textures, tastes, or smells. Your child might not like certain textures in blankets or clothes, or only like carrots if they are soft, or prefer wearing sunglasses when outside.

Sometimes, the opposite of hypersensitivity happens, and the child with autism has such a low threshold of sensory input that they sometimes put themselves in danger.

This may be internal, such as repeated hand movements, facial expressions or body movements, or it may be external such as, needing a very strict routine. Many kids have favourite baby dolls or toy cars, but children with autism may require those things with them to function and interact with them instead of people.

Kids with autism may not initiate conversations or maintain eye contact while interacting. In fact, for some kids, forcing eye contact actually makes it harder for them to understand or process what you are saying.

Kids with autism may have unusual hobbies or interests, and know all the facts or every detail about that specialised interest.

Children with autism may often get stuck on a single topic or task. They repeat a single word or phrase over and over (and over), or they may ask the same questions repeatedly.

There are several rules of thumb for developmental milestones. Babies should be babbling and gesturing by 12 months, and be able to say single words by 16 months. By 24 months, a toddler should be able to initiate two word phrases without prompting. It’s always a red flag when a child suddenly loses skills – whether language, communication, social, or motor skills. Is there a cure?

The cause of ASD is not fully understood. Although there is no cure, appropriate early interventions, therapy and education delivered by professionals with expertise in ASD can make a significant difference.

These options for the person with ASD and their family can: 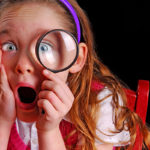 7 Places That Are Surprisingly… Just buy Australian owned & made!
Answered 6 hours ago
Sand Cake – Seriously the Most Perfect of All Cakes
Asked 6 hours ago
Sex is becoming a thing of the past?
Answered 22 hours ago
I found my husbands secret instagram account.
Answered 1 day ago