Parents everywhere held their children a little closer yesterday after the news a six-week-old baby girl was slain in her Newcastle home by her mother.

The little girl was found with her throat cut by her aunt who called emergency services, after which the mother of the baby was taken in handcuffs to the Police Station and later charged with her murder. She is expected to face court this morning.

It is understood the woman’s mental health will form a central part of the investigation and she is expected to undergo a psychiatric assessment.

Sadly, this is not a one-off story.

Seven months ago we were confronted with the news eight children had been killed in a home in Cairns. The four girls and four boys aged between two and 14 were discovered dead at a home in December last year.

Mersane Warria, who is the mother of seven of the deceased children and aunt of the eighth, was charged with eight counts of murder.
Reports following this incident led to claims of severe depression “” because as parents, we cannot think of any other reason, or any reason at all, someone would do such a heinous act to an innocent child.

We want to feel angry and ashamed of both these mothers, we want to see them locked away and all privileges taken from them.

No excuse can be given for murdering a child, especially a baby, and we search to find answers as to how this could happen. Was the baby crying too much? Had the mother just woken from two hours sleep to her baby screaming for food, and she snapped?

No excuse, no excuse.

But what if these women were these suffering from something more sinister than lack of sleep?

However, it’s another form of depression that has many so worried “” and with good reason.

So here is my question: if these woman, or more specifically the woman charged with murder yesterday, were suffering from this serious mental illness, why were they not getting help?

Doctors should have known, no? The family members? The Father? Someone must have known she was not coping? Why had she not sought help?

Now a baby is dead, and that can’t be taken back.
Symptoms of puerperal psychosis usually start suddenly within 48 hours to two weeks after giving birth, but may start up to 12 weeks after the birth. A woman may experience marked changes in moods, thoughts, perceptions and behaviour.

If this woman was suffering from postnatal psychosis, we need to ask ourselves, could this death have been prevented?

It’s too sad to think about really. Only that it’s a huge awakening for everyone to sit up and pay attention. Ask questions and seek help. This sort of thing should not be happening, not now and not ever again.

If you feel depressed you can contact the following organisations for support:

There is debate about the causes of postnatal depression, but they are likely to include: 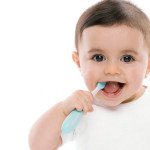 This One’s For You Sexy…