A baby girl has surprised her parents after being born with a full head of hair that people nicknamed her “Hairy.”

Her birth on May 10 this year at Mater Hospital in Brisbane has sent shockwaves (good shockwaves) to everyone, even doctors and nurses. Many were saying they had never seen a baby born with as much hair before. Linda’s parents, Alireza and Heidi Bahreini, from Brisbane, were not expecting her to be born with such impressive luscious brown locks.

“Everyone is surprised and want photos of her. They didn’t look at her face first, just her hair,” Alireza, 37, told Daily Mail Australia.

“People have suggested we call her Hairy instead of Linda,” he laughed.

Alireza added that Linda was easy to spot in the ward due to her distinctive hair, as all of the babies at the time she was born were bald. Linda’s hair was so adorable that people come to the couple asking them how Linda got her hair. “Everyone was coming up to us asking ‘what did you eat, what did you do to get her to have so much hair?’ but we had no answer,” Alireza said.

He said that even he and his wife were shocked when they saw how much hair Linda had, as she is their first child they didn’t know what to expect.

However, genes may have played a part as Heidi’s mother said that Heidi, 32, was also born with lots of hair, although nowhere near as much as Linda’s. “I’m so proud of her and I feel lucky that I don’t have to worry about her face and her looks in the future, because hair is important, especially for women. She has lucky genes,” the mother said. 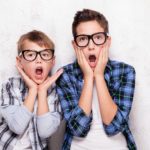 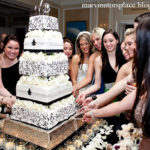 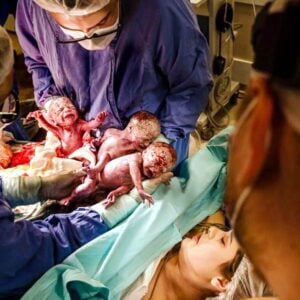