Using tampons can be quite tricky, and for first time users — it could be hysterically funny!

Puberty is something a girl is looking forward to, but is not something she could love having — with all the hassle of periods and cramps, especially when you have to put a tampon in! But for first timers, who just can’t seem to figure out how to use a tampon, their stories are definitely one for the books — the hilarious ones that is. Here are some of the stories of using tampons for the first time that seriously made us LOL. “I think my mum should get an award for this one: I got it in, but when the time came to get it out I realised my hymen hadn’t broken properly so I had two bands of hymen basically holding this bloody tampon inside of me.

Clearly, I am freaking out and having read the tampon packet, I’m now even more panicky about the whole toxic shock syndrome thing, so I scream for my poor mum. Cut to me on my mum’s bed, legs above my head with my mum staring down into my vag with a look of horror on her face. Being a vet, she figures she’ll grab a scalpel blade and CUT MY FREAKING HYMEN OUT right there on her bed. I’m clearly screaming and crying (age max 12) as she’s slicing me up, my dad is hammering on the door asking what the hell is going on & there’s blood EVERYWHERE.

I went back to pads for a couple of months and then decided that horse riding/swimming/living my best life was worth trying tampons again. Never looked back. Me and my mum are pretty close”.

2. I Don’t Know How to Use the Applicator!

“The first time I used a tampon, I thought you actually had to keep the applicator in. So I went swimming and kept having to shove my applicator back inside.

Not first time, but once I used tampons w/ applicator and got it stuck. Had to go to urgent care next day and see a MALE gynaecologist. Worst part: I wanted to keep it secret but I’d had my wisdom teeth removed a week before so I left a note for my dad “went to urgent care. DON’T WORRY.” Needless to say, he did and pressed the truth out and immediately regretted asking”.

3. What Happens in China, Stays in China

“My first times were all okay, but once I was in a really big hurry putting one in, and it got in all crooked and weird so it was uncomfortable and I felt like it would come out. I was working at this university in China and went into the only bathroom I could find, which belonged to a guardhouse (like for security guards at the school gate) to pull it out and put in a new one, but when I pulled it out, I realised there was no trash can in the room at all.

I was really embarrassed and didn’t know what to do with it, so I threw it out the window. The next thing I knew, this older man popped up, looking really confused. He was napping on the ground near the window and my tampon had landed on him. Luckily, there was very little blood on it and tampons aren’t popular in China, so I don’t think he had any idea what it was”.

“The first time I wore a tampon I was just like “THIS IS SO UNCOMFORTABLE JESUS H. CHRIST IT FEELS LIKE THE EMPIRE STATE BUILDING UP IN THERE” and then the thought crossed my mind: “If this tiny little thing feels so huge, what the fuck will I do if I have a boyfriend”.

“When I was a young teenager, I couldn’t get the hang of putting tampons in far enough. One time, I thought I had it when I was swimming then saw it floating past me. Was embarrassed but luckily no one else saw it (and it was my own family pool not a public pool thank God!).”

6. Losing Your Virginity to a Tampon

“Pretty sure I broke my hymen with my first one, so, yeah I technically lost my virginity to a piece of sperm-looking cotton.”

7. There’s more than one hole down down there…

“This isn’t my own story, but one of the women I worked with at the restaurant this summer was talking about how she does everything in front of her three-year-old daughter, including showering and, yes, changing her tampon. She says she’s doing this because no one ever told her how to use a tampon, so the first time, she used one, she left the cardboard applicator in. But that’s not the worst. The first time her sister used one, she stuck it up her butthole.”

“There was this one lifeguard. He was like 15 and really hot! I was like diving off the board and he blew his whistle and called me over. i was really excited cause he was like smiling and it looked like he wanted to talk to me. then he told me I had a string hanging out of my suit! I was absolutely MORTIFIED!!!”

“I had only used tampons a few times at this point and put one in on a particularly heavy day. I put one in and when I pulled out the applicator, the string came out with it. Not knowing what to do, I called the 800 number on the box but didn’t know what to say so I hung up. Spent several hours trying to fish it out with my hand. Not fun and totally disgusting, but hilarious years later.”

“When my younger sister decided she wanted to use tampons, she came to me to ask me how to use them. I told her (being a cruel big sister) that you stood them up on the toilet seat and lowered yourself on to them.

She disappeared to the bathroom and was there for an hour, when I couldn’t control myself any longer, I went to ask her what she was doing, her reply was “every time I get close to the thing, I knock it over!!!”
She has never been allowed to forget that!”

“The first time I ever used a tampon was on a plane.

I was about fifteen years old and got my period mid-flight, and I didn’t have any pads with me. I went to the bathroom and there were some free tampons in one of the little cabinets, but I’d never used a tampon before. I did my best to get it in and went back to my seat.

I realized once I sat down that I’d done something wrong. It was… diagonal? Sideways? It was painfully poking at me from the inside, and any way I moved or shifted my weight made it worse.

And then the “fasten seatbelts” light turned on. The plane was hitting turbulence. Big time. Turbulence bad enough to bounce me up out of my seat, and then crash me back down on my sideways tampon. Over and over again. For an hour.”

Do you have any hilarious stories of using tampons for the first time? 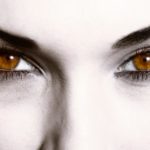 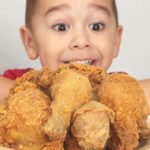