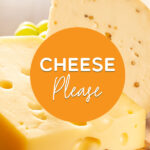 Yesterday I was standing next to a GINORMOUSLY pregnant young lady while waiting in line at the deli.

She was uber-muy-very pregnosarus rex as in HOLY SHIT SHE MIGHT DELIVER THE BABY BEFORE SHE GETS HER HAM preggers and young. Young as in a 20 something wrinkle free, tight perky-assed, still got that doe eyed innocent look YOUNG.

I’m a talker so OF COURSE I instigated some chit chat. Turned out she was a fellow blabber-yapper. She was having a boy, planning to stay home, had been under pressure to breed as she and her husband were both only children. She was tired of everyone constantly telling her what to do and giving her unsolicited advice

She was two days past her actual due date and had been sent home from the hospital 3 times with false labour. She just wanted to have the baby so that her life could (are you ready?), “get back to normal.”

BA HAHAHA! MUAHHAHA (roll on the floor giggle, tears streaming down my cheeks)

I wanted to tell her that normal would completely cease to exist after the baby was born because newborns don’t give a flying f*ckaroo about schedules and that well-meaning friends and family will never stop yammering on about not just her parenting skills but their own ideas regarding parenting in general.

I wanted to tell her that wee people either make you wait or they make you late. Days and nights pass in a blur while plans on the calendar made pre-baby become mocking reminders of the previously unfathomable idea that something so precious, adored and tiny would become the source of things chaos.

OF COURSE I didn’t.

I frequently shop with my cheese addict daughter so I am often asked if she would like a slice when I order up my usual ½ pound of cheddar.

Seeing my empty cart, the deli server didn’t ask or offer ME a slice. Harrumph! I decided to ask her for one and she obliged.

I gave the slice to my pregnant soon to be sister-mum. I really wanted to tell her that the shit-ton of unsolicited advice from annoying friends and family MIGHT occasionally come in handy and that once she got her mitts on that crotch fruit of hers she would be questioning every stinking decision and wondering constantly if she was going to be the parent of a future bell tower sniper.

OF COURSE I didn’t. What I did tell her was that in my experience, a slice of deli cheese acted as a prophylactic against psychotic toddler meltdowns in the grocery store and would sometimes be the only thing that would buy her the additional 2-3 minutes of time with her flailing, overstimulated and completely freaked out toddler desperately in need of a nap before the situation was at DEFCON 1.

I apologised for giving her unsolicited advice and took off to enjoy the blissful luxury of grocery shopping ALONE (except for the voices OF COURSE).

I hope her kid doesn’t end up to be lactose intolerant because deli cheese really the only free shit at grocery stores that kids will eat and I thought it was pretty good advice.

Check out Nikki’s Blog ‘Moms Who Drink and Swear’

I found Nikki’s blog on Stumbleupon and have found my blogging soulmate in Chicago!!!

By: Love Me Anyway