All About Tubal Ligation for Birth Control

So you’ve decided you’ve finished having babies and are willing to make a more permanent choice regarding birth control. Whether hubby is not willing, ready or able to undergo the ‘snip’, or you would prefer to keep the ball in your on court, there are few procedures available to women that offer the relatively quick and pretty much permanent than that of Tubal Ligation.

What Is Tubal Ligation?
Tubal ligation is the female form of sterilisation (with vasectomy being the male counterpart) and is the surgical blocking of the fallopian tubes. It involves the cutting, burning, clipping or removal of the fallopian tubes and is considered permanent. It doesn’t affect menstruation, libido or menopause and risk of pregnancy following the procedure is very low, at 2-10/1000 women recorded becoming pregnant after the procedure (www.sogc.org).
Tubal ligation, or ‘getting your tubes tied’ works by blocking the path of the sperm through the fallopian tube so it cannot fertilise a released egg. When your tubes are ‘tied’, the egg is still released but is simply broken down and reabsorbed by the body. Sterilisation does not protect against sexually transmitted diseases.

Tubal Ligation Procedure
Tubal Ligation is a laparoscopic (keyhole) procedure that is performed under general anaesthetic. Between one and three small cuts are made around the belly button and a laparoscope is inserted into one cut for the surgeon to be able to see the internal organs and perform the procedure. Working through the other two cuts, the surgeon will clip, burn with an electrical current or cut small sections out of, the fallopian tubes. The procedure takes approximately 30 minutes, with most patients able to go home that day. Recovery takes anywhere between 2 5 days, or longer depending on the patient.
Tubal ligation can also be done following a caesarean section, with the view that the surgeon can ‘kill two birds with one stone’ whilst the abdominal surgery is going ahead.
After the procedure you can expect:

Who Can Get Tubal Ligation?
If you have made the decision that you do not wish to have any (more) children, issues to talk about with your GP for a referral include:

Possible Risks and Complications
Some of the documented possible risks and complications of a tubal ligation procedure include:

Many different women report different advantages and disadvantages of tubal ligation. Some reported side effects include:

Tubal Ligation VS Vasectomy
Some points in favour of a vasectomy over tubal ligation include:

How To Arrange A Procedure
If you have done your research, spoken to your partner and have made the decision that Tubal Ligation is the best option for you, speak to your GP about getting a referral to a surgeon/gynaecologist that does the procedure. In Australia, many public health patients can arrange to undergo the surgery for free under the Medicare scheme, however a waiting period usually applies. Private patients need to check their cover to confirm the procedure is included. 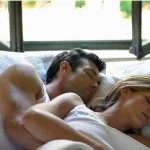