When science and nature collide, the results will always be a confusing mess of information and opinion.

But when it comes to egg freezing, are aggressive marketing techniques and in-built fertility fears clouding a growing number of older single women?

Unfortunately for many women, fertility doesn’t wait for you to be ready to take charge and start a family. From the moment we are born, the number of eggs available to us begins to decline. As this occurs, our chances of falling pregnant also decrease, with the most substantial falls beginning after we turn 30. Unlike men, who can choose to have babies whenever they like, women are often forced to make decisions about pregnancy based on their fertility. Never mind that you have a career or you haven’t found the right guy yet, according to your eggs it’s now or never.

Egg freezing is a method used to store a woman’s unfertilised eggs in an ageless setting, preserving them with the intention to use them in the future. Many fertility specialists believe that egg freezing is a way of increasing the potential for fertility in the future for those fertility is at risk, or who are not in the right place to become pregnant.

The process involves harvesting eggs from a woman after a period of hormone treatments, before freezing them. When the woman chooses to become pregnant, the eggs can than be thawed, fertilised via IVF, and implanted.

In the early days of the procedure, it was primarily targeted at those whose fertility was at risk. For the most part, this was women who were suffering from cancer, one side effect of which is substantially reduced fertility, or total infertility. Women could choose to freeze their eggs prior to starting treatment, with the mind that once the cancer was beaten they could continue their lives as planned. But, where once only a small percentage of eggs could have survived, new methods of flash freezing provide much higher rates of success. In turn, this has led to an entirely new trend in egg freezing: social freezing.

Age-related infertility is one of the biggest issues facing the new generation of would-be mothers in our society. With other motivations such as career and finding the perfect partner taking them away from the family mindset, women are simply choosing to have their babies later in life than before. As a result of this, more women are choosing to freeze their eggs now, so as to have a better chance at giving birth to a biological child further down the line.

In Australia, this process is reasonably new, with fertility clinics estimating around one woman a week choosing to freeze her eggs. However, in the United States, this process has taken off at a sprint, with some individual clinics having a patient freezing their eggs every single day of the year. That’s a lot of women putting a whole lot of faith in a process that is so new, concrete success rates are not even available.

The Ethics of Modern Egg Freezing

A growing number of women, particularly in the United States, are seeing egg freezing as their way to gain control over their own fertility. By undertaking the procedure, they get to have a say in when they will have children instead of letting their bodies decide for them. In line with this trend, more and more egg freezing clinics are setting up shop in the United States, with many planning on expanding into Australia in the next decade.

The major problem with the clinics in the United States is that they’re essentially pulling the attention of their patients away from the nature of the process, and the lack of success rate data, and pushing them into a marketing illusion. With the help of clever advertising tricks, social events, and careful sales spiels, they’re selling women on the idea of control, and on the concept of hope for the future.

But they can’t guarantee it.

It can be hard to find information about something like egg freezing, but we wanted to lay down some facts. That way, you can decide if the procedure really is right for you.

If you are over the age of 38, before you decide to have your eggs frozen, you’ll probably find that there’s nothing the doctors can do. The number and quality of your eggs declines over time, so if you think you might want to consider egg freezing, you should ideally be younger than 38. Even then, your doctor will need to be upfront and honest about your chances. 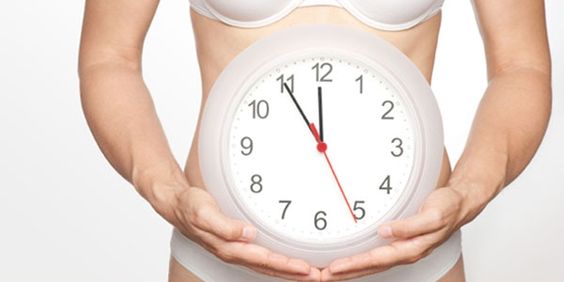 Egg freezing is not cheap with each cycle costing around $10,000 or more. In many cases, one cycle does not yield enough eggs to give a good chance to pregnancy later, and will need to be repeated. Additionally, egg freezing is not covered by Medicare, so you’ll need to pay the entire thing out of pocket.

3. The process is complicated.

The egg freezing process is not as easy as popping into the doctor to have your eggs harvested. Before this can happen, you’ll need to undergo hormonal stimulation which will allow your eggs to mature. In many cases, this can involve giving yourself a number of injections.

The success rates of egg freezing vary between patients. They are decided by two important factors: the age at which your eggs are frozen, and the number available to you. The reason these are important is because at each stage, there is a risk some eggs could be lost. Some eggs may not be suitable for freezing, some may not survive freezing and thawing, some will not fertilise or develop into embryos and of the ones implanted, only some will result in a pregnancy that does not miscarry.

We aren’t here to judge. We know that for many women, egg freezing may feel like the last option for them to have a child of their own.

However, we believe that you should make that decision based on your own needs, with all the facts at hand, not because an advertising director is forcing you to do so. So if you are interested in egg freezing, take the time to think about your motivations, talk to your doctor, and decide for yourself, before letting others influence you.

What do you think about egg freezing? Let us know in the comments.

Congratulations! You're pregnant, but what do you do now?

5 Questions to Ask About Maternity Leave Before You Get Pregnant