A father who lost his three-year-old son from a brain haemorrhage last year has touched thousands of hearts after posting a letter of life lessons he learned since losing his son.

Richard Pringle, from Hastings, East Sussex in the UK, posted the list titled ‘The 10 Most Important Things I’ve Learnt Since Losing My Son‘, to Facebook after his son, Hughie, who was diagnosed with a brain condition that carried a five per cent chance of bleeding died on August 18th last year. Mr Pringle wrote about how important it is for parents to give time and love for their children and to capture every moment of it.

“One day that might be all you have,” he wrote.

He also shared the ‘happiest memories’ he had with Hughie as they sing to their favourite songs. “Memories are created in music,” he added.

He also told parents to ‘cherish the simplest of things,’ and to ‘kiss those you love goodbye’. “You never know if it’s the last time you’ll get the chance,” he explained.

He then wrote about making ‘boring things fun’ and to ‘enjoy yourselves.’

He also urged parents to write a journal, which he only did when Hughie passed away. “Write down everything your little ones do that lights up your world… You’ll have these memories written down forever and when your [sic] older you can look back and cherish every moment,” he wrote.

Lastly, Mr Pringle told parents how ‘blessed’ they are if they still have their children with them.

“If you have your children with you…You are blessed. Never ever forget that.”

During the event, a convoy of supercars lined the streets of Hastings in memory of Hughie who ‘loved cars’. The event helped raise over £2,000 ($3,262) for the hospital.

“It’s been a tough year for us since losing Hughie. But one key thing for us was to celebrate what he was all about,” he said. “He was only with us for three years but in those three years he brought us a lifetime of memories and happiness,” Mr Pringle said in his speech.

8 Tricks to Organise Your… 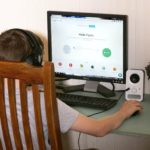 Tech and Bribes to Get…