In-home childcare is an idea that’s gaining traction among the parents of Australia.

It’s already popular with parents who work hours that make mainstream childcare options unviable, but it’s now growing in popularity among parents who want their children to have a more tailored childcare experience. If you’re one of the parents who is thinking about in-home childcare, you’ve probably started thinking about nannies and au pairs.

So what’s the difference between a nanny and an au pair? And which option is better suited to you and your family’s needs? Both nannies and au pairs are focused on looking after children within the home, but that doesn’t make them the same. In fact, there are a number of significant differences between them, relating to level to training, living conditions, duties and pay scale. Let’s look into each of those differences now.

One of the big differences between nannies and au pairs is the amount of childcare training and experience they have undertaken. You can expect that nannies will have undertaken some kind of childcare course, and will have experience with children. The more experienced and qualified your nanny is, the higher the level of service and the higher the pay grade. Au pairs on the other hand are usually young foreign workers looking for an international experience. They often have no childcare training, and a small amount of childcare experience, and so tend to fill the role of big sister or big brother in a household. It’s always better to look for an au pair with at least some experience, either within their own household as an older sibling, or in an official childcare capacity, but it’s ultimately up to you.

Au pairs are always live-in help. They get their own bedroom in the house, and live there for the duration of their contract with you. For nannies, there are two options. You can either have a live-in nanny, who lives in your home with you and your family as an au pair might, or you have a live-out nanny, who works in your home but lives elsewhere. The style you choose will depend on the nannies that are available, as well as your own preferences. Remember that when with both live-in nannies and au pairs, you’ll need to provide them with their own room, and that although they live in the house, they aren’t available 24/7. You will need to negotiate hours with your live-in help, to make sure they’re available when you need them without overwhelming them.

While the general duties of a nanny or au pair will change depending on the person you hire for the job, there is a difference between what is expected. Nannies tend to be focused entirely on the children in their care. As a result of this, the outside jobs that they do tend to revolve around childcare. So while they might pick up some toys or clean up messes caused by children, they do not generally clean your home in a general sense. However, as an au pair is more of a general helper, without a defined childcare background, they often assist with light cleaning. This doesn’t mean they can slave away in your house as well as care for your children. However, you can expect them to undertake some daily cleaning, like mopping or sweeping. When it comes to preparing food, it will depend on the age of your children. Some nannies are happy to prepare food for children, but not for adults. With an au pair, you will need to gauge their ability to cook, and proceed from there.

In a nutshell, nannies are more expensive than au pairs. The cost of a nanny is usually twice that of an au pair, sometimes more. Depending on the area that you live in, you can probably expect to pay between $20-$30 an hour for a qualified live-out nanny, much more than you would pay for an au pair. The reason that au pairs are cheaper is because their wage will include the room and board you also supply. This means that, if you have a spare room, your costs are lower and you’re essentially paying your au pair a kind of allowance. However, you need to be very careful that you aren’t breaking Australia’s minimum wage requirements when you hire your au pair, either by paying them too little, or having them work too many hours for the amount paid.

Nannies and au pairs will either come into your employ as an independent contractor or with an agency. For both types of childcare workers, agencies provide a buffer between themselves and the client, someone who can take care of their rights and keep an eye out for them. Not everyone likes to use agencies, as they obviously charge the cost of their overheads along with the cost of the nanny or au pair, which can make the service more expensive. However, there are benefits for you of hiring through an agency. Agencies can provide some assurances for you as a parent and employer, and they may also provide back-up care or replacement if your nanny or au pair is unexpectedly removed from the job. Agencies also take care of checking out the background of your nanny or au pair, making sure they’re being truthful about their experiences and education.

If you do decide to employ an independent childcare worker, make sure that you aren’t taking advantage of them. While nannies with experience usually have a very good understanding of their rights as workers, foreign au pairs do not and there is a risk that you might take advantage of them. Even if not intentional, it is illegal for you to have them working for below minimum wage. So make very careful calculations when figuring out how much you are going to pay your au pair, making sure not to exaggerate the cost of room and board. It’s also a smart idea to write up a clear contract with your au pair that specifies the length of the working arrangement, the number of hours they’re expected to work, and what their specific duties will be. At the end of the day, the better you treat an au pair, the longer they will stay with you.

For families, choosing to hire a nanny or an au pair can make a massive difference in parental stress levels, and a family’s happiness. Knowing the clear differences between a nanny and an au pair, it should be much easier to make a choice.

So, which one suits your needs? 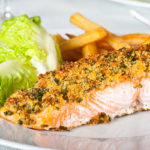 Quick-Thinking Dad’s Response To His…