A couple in Plano, Texas have sued a family of six, including four children, for allegedly making too much noise while playing in their backyard.

A Dallas news outlet reported that a playhouse and attached swing set triggered the duel lawsuits.The family then filed complaints against the couple for allegedly playing “explicit and loud” music while their children played outside. Both sides are now in a twisted battle for damages, as the lawsuit continues to play out in the courts.

It all started when Kelly and Andrew Counts and their four children, who are home schooled, moved to the family-friendly neighbourhood two years ago.They chose the house because of the large concrete patio on one side, which was perfect for a playhouse. But when new neighbours moved in, Anita and Irving Ward, things started to get ugly “” fast!

At first, Kelly introduced herself and everything was friendly. She told the couple to “let me know if the kids are ever too loud”, for which Anita Ward responded with, “Don’t worry about it “” I love kids”. But shortly after, the young family received a letter of complaint from the local council regarding the playhouse being set too close the Ward’s shared boundary.

Kelly then noticed a complaint in the local homeowners association meeting minutes regarding noise, visibility issues, and a “significant loss of quality of life”. In response, the Courts removed a portion of the playhouse roof, which satisfied the homeowner’s association “” but not the neighbours. “After we received that, I went next door “” I’d had no conversations with them “” and wanted to extend the olive branch,” Counts said in court.

She said that Irving Ward listed the reasons why the playhouse shouldn’t be in the side yard and almost immediately, she heard loud music pouring through a window just across from the playhouse. Kelly said the music has profane lyrics and was laced with the sound of gunshots. “For a while, I’d bring the kids inside and it would stop, and when we went out it would start again,” Counts said. “I knocked on the door and said, ‘Mrs. Ward, my kids are trying to play in the side yard and there’s some music playing with very vulgar language.” Counts explained. But Counts said her neighbour wouldn’t discuss the issue. Soon, the Wards wouldn’t answer the door, but the music continued. That’s when the Counts called the police.

“The officer who came knocking on the door and said, ‘I know what the problem is “” I parked three doors down and I could hear it from there,'” Kelly Counts said.

“Finally, we decided to sue because of the nuisance, and they did stop once they were served,” Counts said.

To continue the twists, in December last year, the Counts were served themselves in a lawsuit filed by the Ward’s alleging loud and obnoxious noise from the side yard play area that caused damage to the Ward’s and their property.

The whole situation has reached the point, Kelly Counts said, that she occasionally thinks of moving somewhere else.”The thought has crossed my mind,” she said, “and then I realise it’s ridiculous. We moved here because we love this house, and we love this neighborhood,” Counts said.

This homeschooling family sued over the noise of their kids playing is here to stay and it may be a long court battle ahead.

What’s your reaction on this news? Share your thoughts. 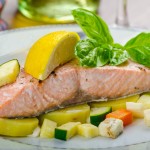 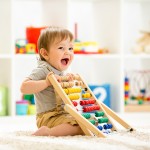 The Cost of Sending Your…