I am an idiot. No need to tell me..but I won’t blame you for wanting to…

We live in a rural town, out of town actually, where the population is even smaller than ‘town’. Imagine the place, some bitumen road, some dirt tracks, average homes on acreage, cows and sheep in paddocks along the main drag where nothing much changes. You get the picture pretty easily huh? So, when you see someone pulled over to the side of the road here it usually means one of three things: they’re either on the phone, chasing a wayward calf or in need of assistance (my friend had her fourth child around the bend from our place in the back of their vehicle) and we all usually help each other out. It’s the country way.

Last week on my way home from school drop-off I was humming some tunes (singing terribly and very loudly) when I noticed a guy pulled over in the clearing, on his phone and pacing around. He heard my car and stuck out his thumb. I have always had a a strict ‘no hitch-hiker policy’ and in the past have only offered lifts to elderly folk battling uphill on a freezing day, so I didn’t slow down or indicate because he didn’t seem distressed. Something made me break my rule this time. The man changed his pose from hitch-hiking to both hands palm-up in a ‘why the hell aren’t you stopping to help me?’ gesture. I thought it must be someone local I knew or who knew me and so I quickly slowed, turned off and lowered my window asking if everything was ok…I mean, who knew? His wife could have been in the car giving birth, so I had to ask! It’s in my nature.

Turns out he just ran out fuel about 5km from his place of employment, a local business in one of the estates near us, and as he explained he had more fuel there but no one could come and pick him up for about an hour. He was new to the area from Tassie, his fuel gauge was broken, he wanted to get out of our 40-degree heat and of course be at his relatively new job on time. Totes understandable. Now this particular morning my Dad, who also happens to be my neighbour (lucky. lucky I know) was minding my toddler while I did the school run, but had to got to work himself soon enough, so I thought seeing as this guy seemed very harmless and genuinely in need of help I could take him to get his fuel, picking my son up on the way and then my Dad could go to work and this guy could too. I was feeling like I had everyone sorted out. As is my way.

We traveled the couple km’s down the road and collected my little person (looking back I think my Dad must have assumed I knew the fellow, because he usually chucks in his 20 cents worth on most iffy decisions I make) and took Gary (yep, my hitch-hiker even had a name) to his work place, just 5 minutes around the corner. We got there and he pointed out the three large (huge) german shepherd guard dogs on the veranda that roam the premises at night and thanked me profusely before saying good-bye. I asked if he wanted a lift back to his car with the fuel. I was going back that way anyway, so he checked with his boss, who was, of course, busy working and gladly accepted my offer once again.

Now this is where I get stupid. Like really stupid.

If I wasn’t already that is. Gary it turns out was nice, but not adept at opening the hatch on my car, and needed direction. Instead of zipping down the window and giving direction, I got out of my car. WHAT THE FUCK? I GOT OUT OF MY CAR!

I’m obviously still dealing with this and finding it hard to re-live. As I was pressing the (admittedly hidden) button to release the hatch it all went slow-mo…The giant dogs to my right that could probably jump that veranda rail on command, the fact that I had placed myself between him and the boot of my car with my back to him, and the very worst of it, my beautiful 3 year old baby boy sitting innocently in his seat waiting for Mummy to get back in..but what if I didn’t?

What if Gary was just being polite and stepping back so I could open the boot without him in my personal space?

I pressed the button and with much too much force pushed the hatch up and hauled out sideways. My thoughts were that if he did step forward he was probably going to be missing a tooth or two. He did not. He popped his fuel container in the boot and shut the hatch. I was already in the front seat buckled in and trying not to hyperventilate from a serious frightening case of “holy-shit-I’m-a-fucking-moron-itis”. My conversation on the way home was limited. Gary didn’t seem to notice and called his friend to tell her she needn’t come and pick him up later.

So my hitch-hiker was not a psychopath and my story did not take a dangerous and life-threatening twist. But it could have easily been a tale full of regret and sorrow. When you break it down, I allowed a stranger to guilt me into stopping then let them into my car and placed both my child and myself in what could have been mortal danger.  This was a very important experience for me, reinforcing that I can still help someone in need by using my phone (and common sense) or in this instance I could have driven to Gary’s work place and got his fuel then returned, but I seriously need to stick to my absolutely no hitch-hikers rule.

I’ve been taught a lesson and been very lucky in the outcome.

Would You Have Done The Same Thing? 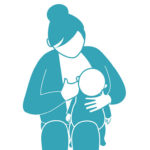 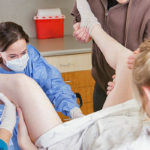 Why Do We Still Encourage…

during sex/penitration, do circumcised and uncircumcised penises feel different for women?
Answered 40 minutes ago
no more sex
Answered 3 hours ago
3some
Answered 7 hours ago
I want to make the COFFEE DATE SLICE listed on this website but there is no method!
Answered 9 hours ago