A recent study has found that computer games are just as effective as drugs in helping kids to relax before they have an operation.

The French study took a group of boys and girls aged between four and ten who were going into the hospital for day surgery. When the results were analysed, they suggested that those who played on iPads were just as calm as those who had been given the sedatives, but parents were much happier in the first group.

During the study, half of the children were given a sedative prior to their anaesthetic, to calm their nerves and help the anaesthetic to be more effective. The other half were given an iPad full of games for 20 mins prior to being taken into theatre. Both groups, along with parents and attending nurses, were then asked an in-depth series of questions. The answers to these questions were then assessed by two psychologists, rating common anxiety points. Researcher Dr Dominique Chassard said that the benefits of the iPad surprised all the researchers.

“Our study showed that child and parental anxiety before anaesthesia are equally blunted by midazolam or use of the iPad. However, the quality of induction of anaesthesia, as well as parental satisfaction, were judged better in the iPad group.”

The full research paper will be published later this year following the presentation of the groups findings at the World Congress of Anaesthesiologists in Hong Kong. 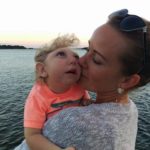 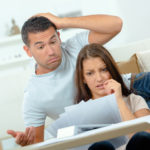