Did you ever have one of those moments when you feel you’ve done all the hard yards only to have your husband step in for you at the last minute and claim the glory?

Many women get the feeling that their husbands or partners aren’t contributing as much as they think they are, or they’re choosing the ‘fun’ tasks over the other mundane chores.

In recent decades, the dividing of household cheers has changed significantly. Back in 1961, just 21% of cooking, 27% of childcare and 20% of cleaning was done by men. Recent studies show that it’s now more and more even, but things may not be as they appear. Hemmings recently told the DailyMail:

“While the quantity of chores is becoming more evenly split between the sexes, it seems that the type of chores aren’t.”

“Men showing a clear tendency to take the more ‘high profile’ household responsibilities whilst women are left with the more mundane, routine tasks which do not command the same level of admiration from family members or other parents.”

You might be thinking, this woman doesn’t know what she’s talking about, but bear with us. Certainly, her examples are enough to make many women, including the ladies at SAHM, sit up and take note. Here are five common places that glory-parenting occurs,:

A common Sunday night tradition in many families is the roast dinner. But women are often the ones getting everything ready, buying groceries and getting the cooking done while their partners occupy the children, only for them to step in as the roast in on the table to carve and serve, thereby stealing the thunder.

When mums head out for a night with their girls, they might ask their hubby or partner to ‘babysit’ the kids. Yet you’re never asked to ‘babysit’ when he leaves you with the children. In the same thread, mums tend to make sure kids are bathed and ready for bed when they go out, leaving him with a minimal amount to do. The same often happens when you just head out for the day, making sure everything is in place so your partner doesn’t have to deal with any challenging situations.

In many families, it’s up to mum to organise the day-to-day aspects of their children’s lives, including school, extracurricular and all the ‘keeping tabs’ that goes along with it. However, while mums are busy tidying up at the end of the day and making sure everything is ready for tomorrow, dad is lapping up the glory of story time with the kids.

Lots of chores need to be done regularly to keep a house running smoothly, but you’ve probably noticed that some chores fall solely on you and not your partner. While mums manage the constant everyday cleaning of a family, dads are more likely to choose one or two chores and spend longer on them, like cleaning the oven, mowing the lawn or cleaning the car, showing their handiwork off afterwards for praise.

One of the most difficult instances of glory-parenting happens when it comes to discipline. While your children have misbehaved and need to be spoken to, your partner does a disappearing act, leaving you to dole out the bad news and take the rap from your kids. This makes you into the ‘bad’ parent and them into the ‘fun’ parent in your children’s eyes.

Do these sound familiar to you? Starting to believe more that ‘glory-parenting’ is a thing? Read on!

Hemmings believes that the reason behind ‘glory-parenting’ is psychological, and related to the female endeavour of achieving more balance in the divide of chores and work. In order to get their partners involved, women have them take on the more enjoyable tasks, leaving them with the boring, everyday work.

“They allow the man to take centre stage and especially those considered to be traditionally “masculine” such as carving a turkey, washing the car or grilling on a barbeque simply as they recognise they are more likely to commit to these willingly and regularly,” Hemmings said.

However, as time goes on, men, realising that they’re on to a good thing no doubt, are less likely to give up those ‘glory chores’ in favour of less enjoyable ones.

“While they might balance this by doing some of the ‘dirtier’ chores, like taking the bins out, they are still reluctant to take on everyday less glamorous duties like taking the children to school, cleaning or cooking mid-week meals, even when both partners work similar hours or have demanding careers.”

Why You Need To Deal With It

Over time, constant glory-parenting can lead to serious issues in a relationship where one party feels a resentment towards the other for their treatment. Of course, the phenomenon doesn’t always see the man in the role of the glory-parent. In some cases, women are just as guilty as men for glory-parenting, choosing only a select few places to help around the home.

However, regardless of the gender of the glory-parent, the resentment and strain that it puts on the relationship is real, and should be dealt with.

“In a healthy relationship, all parties need to feel that same sense of recognition and appreciation for the things they do in order to maintain their loving feelings towards one another,” Hemmings noted.

So if you feel like you’re doing more than your fair share, and not being appreciated, you need to stand up. Have a conversation with your partner, settling on a balance of responsibilities over tasks, and work to keep things even by planning family time together and being appreciative of what both parties are bringing to the relationship.

Do you think your partner practices glory-parenting? What about you? 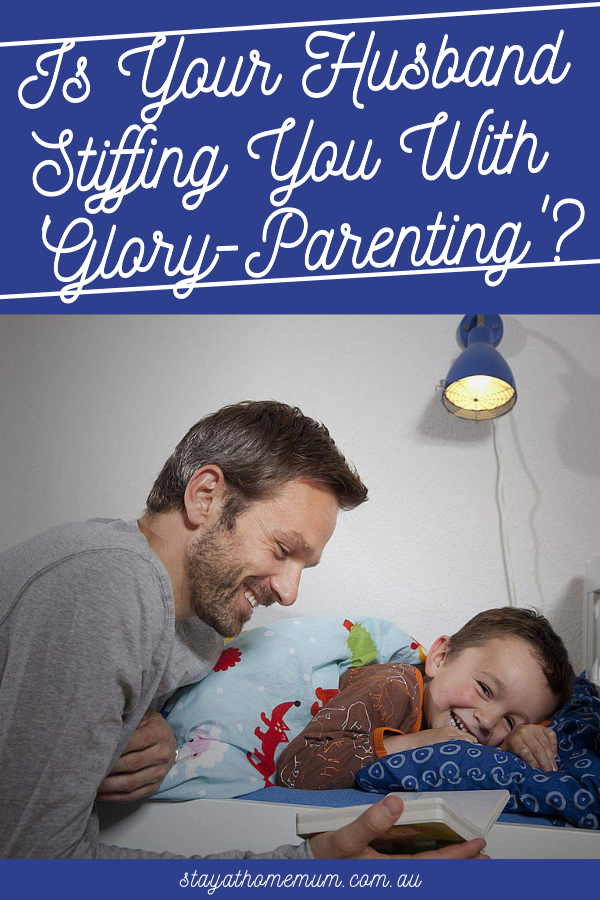 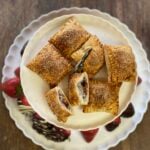