A midwife’s humorous tweet pleading people not to have sex at Christmas has went viral with pregnant mums apologising for their upcoming arrivals in the weeks to come.

British nurse Mhairi Maharry, 33, took to Twitter to express her exhaustion as the September baby boom begins. She wrote:

“If you know or love a midwife, PLEASE STOP SHAGGING AT CHRISTMAS,” she added.

The tweet immediately went viral, with 15,000 likes and 4,000 retweets in 48 hours. However, Ms Maharry has since changed her Twitter profile to private, which took the tweet out of circulation. While hundreds of midwives, nurses and obstetricians commented, some expectant mums apologised for their impending arrivals in a few weeks.

Paediatric doctor, Vicky Thornley, responded with: “Hear hear from the Paeds doctor doing baby checks!”, while a pregnant Twitter user wrote: “Fair enough. As someone due in 3 weeks, I apologise for adding to your distress”.

Christmas time is the most popular time of the year for babies to be conceived https://t.co/yQjkQDI1PT pic.twitter.com/2VTo1N3eXy

The most popular day of the year to be born in the UK is September 26, which suggests a direct link to Christmas Day – with an average of 2,000 deliveries on the day.

In Australia, a total of 250,978 babies have been born in September over the past ten years, based on data by the Bureau of Statistics. “I can confirm that within the last 10 years, the highest number of births have occurred in the month of September,” a spokesperson from the Australian Bureau of Statistics told 9Honey. 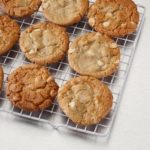 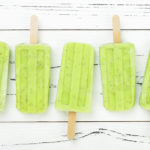