A mother has created a clever way of managing her temper with her children, that is by using a hair tie, and says she and half a million other parents reckon it works!

Kelly Holmes, 39, from Austin, Texas in the US, is a mother to a nine-year-old, four-year-old and one-year-old and admits that she often loses temper with her children, so she started researching the science behind how to form healthy habits — and came up with the hair tie trick.

The trick involves placing five hair ties around your wrist. If you snap at your child, you take one hair tie and move it to the other wrist, but your goal is to end the day with all five hair ties on the original wrist.

To ‘earn back’ a single hair tie, you must do five simple things to reconnect with your child – such as giving them a hug or dancing with them.

Kelly told MailOnline that she came up with the trick after telling herself never to let temper get in the way of handling her children.

“Ever since I became a mother to three kids, I’ve struggled to keep my temper in check. One day, I just broke and completely lost it.

After that day, I resolved to never let it happen again. I threw myself into researching all the science behind how to form healthy habits, but instead of focusing on eating more vegetables or exercising, I applied the behaviour change tricks I found to the goal of finding more happiness as a parent,” she said.

Kelly explained that the trick was based on a research from The Gottman Institute, called the Magic 5:1 Ratio, which shows that to have a healthy relationship, for every one negative interaction, you need five positive interactions to balance that out.

She explains that a classic tool for behaviour change is the visual cue, which means you need to find something physical to add to your environment that will remind you of the habit you want to form. “This is the concept that I combined with the research from The Gottman Institute on how to maintain healthy relationships in order to come up with this specific hair tie hack,” she added.

She also said that her daughter’s behaviour has also transformed as she also created a clever way of explaining the hair tie trick to her kids. “Early on, I told her the hair ties gave me superpowers so I could be the best mommy I could be. She loved that, maybe a little too much,” she said.

Kelly then shared her hair tie trick on her blog, Idealist Mom, and it immediately went viral with 500,000 parents reading it and messaging her saying they’ve done the trick and swore that it’s changed their relationship with their children.

“I start every day with happy tears knowing that parents are finding more connection with their kids and opening themselves up to more joy in the chaos of parenting life.

“Sometimes you need a nudge in the right direction, and five hair ties on your wrist can be just the nudge you need to find the patience and compassion that you didn’t know you had,” she said. 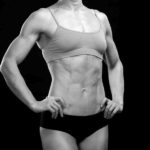 Would it be mean?
Answered 3 hours ago
Women that have had sex with circumcised and uncircumcised penises, which feels better?
Answered 8 hours ago
My Baby Was Really Ugly
Asked 21 hours ago
Male strip show!
Asked 22 hours ago