A mother has shared a hack to unblock a baby’s nose — but not all people are happy about it.

A video has emerged showing a mother sharing her way of dislodging snot from her daughter’s nose.

While most people couldn’t resist the cuteness of her daughter, many are concerned if the mother’s method is safe.

In the video, the mum can be seen filling up a syringe with saline solution and as she holds her daughter’s head still, she counts to three and then shoots the syringe right up her daughter’s nostril.

The mother again did the same method three times until the tot’s nose was cleared of mucus.

Looking relieved, the girl smiles and laughs as the mucus drains from her face. Then, the mother again squirted a solution-filled syringe in the girl’s nostril.

The video has garnered over 21 million views on Facebook, with some users calling the hack ‘genius’.

One parent said that the trick also works on adult children. “Yes it’s safe! I had to do this to my adult son. He could not breathe nor sleep for days. Doctor kept giving him Meds that didn’t work. I told him he would hate me for what I was about to do. On the 3rd squirt this disgusting chunk of yuck came out and he could breathe again. He took a hot shower and his nose was running clear. He put Vick’s under his nose and slept for two days,” she said.

However, others were concerned that it could kill a baby. One commented: “This is not a safe practice. It can lead to choking and aspiration which could result in a pneumonia. But what do I know. I’m only a children’s nurse.”

Known to the medical world as “saline lavage or irrigation”, using salt water to clear blocked noses has long been a practice. Experts explained that saline solution helps clear the nasal passages by washing out thick or dried mucus, and also helps improve the function of cilia, the tiny hairs that help the sinuses stay clear and clean. 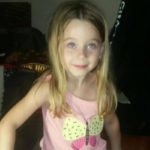