A mother never thought a day in the supermarket would be the most memorable day of her life as she went into labour while shopping, but was shocked to learn she was pregnant.

Ashleigh Miller-Cross, from Canada, was walking down the aisles of a supermarket for some groceries when she began feeling intense pain and asked staff for help guiding her to the nearest bathroom.

Amazingly, Ashleigh didn’t even know she was pregnant until that day. “I opened the door and Ashleigh was there and the baby was halfway out. She just screamed at me, ‘I’m having a baby!’ and I automatically grabbed my phone and dialled 911,” he said.

Luckily, the supermarket had a medical clinic in it, so Malcolm rushed to get a doctor who helped with the birth. “I peeked back in; the baby had been born,” he told CBC News. “He was fine. He was breathing. It’s like some other instincts take over. You just don’t think about anything else. It’s like, get help and do whatever you can,” he added. 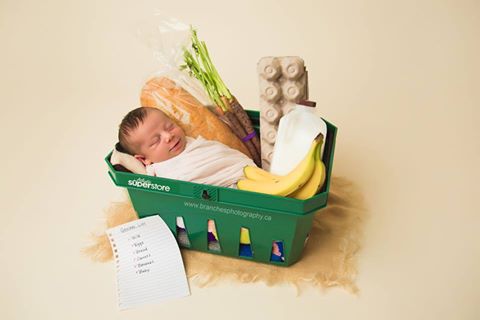 After the incident, Ashleigh, who gave birth to her first child, Mia, just 10 months earlier, told reporters at a store event that she had no idea she was pregnant. She thought she was like any new mum tired and carrying a bit of extra post-baby weight.

“I really had no idea. I presumed I hadn’t lost any weight because I only had Mia 10 months ago, so I mean I didn’t grow any extra so it’s just the same size. I didn’t have any cravings,” she said.

She thanked all the staff at the store.

The supermarket asked the pair back to the store and treated baby Ezra to a newborn baby photo in a shopping basket topped with bananas, bread, carrots and eggs. The family were also given a year’s worth of nappies. 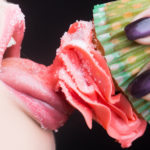 25 of The Most Beautiful… 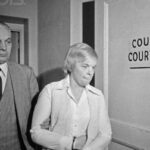