Parents have a rare opportunity to better educate themselves today after La Trobe University, in partnership with Salesforce, released a smartphone app to help identify early autism signs.

The app, called ASDetect, aims to assist parents in spotting the ‘red flags’ that are usually present in young children who have autism, and thereby improve the rates of early detection in Australia, which are currently very low. Why Is Early Detection Important?

Children are in a constant state of learning, but in the early days of their development we’re so focused on motor development that we often don’t pay much attention to social development like pointing, smiling at people, or making eye contact.

In Australia less than 3% of children with autism are diagnosed on their second birthday. This low rate of diagnosis means those children are missing out on early intervention therapies that may very well change their lives. For the most part, an autism diagnosis happens around a child’s fourth birthday, but for many children this is much later than it should be.

The reason for this is that when children are younger their brains are more flexible, more adaptable and more ready to make changes in learning. When a child suffers from autism or a related condition, their ability to learn from other people, the main source of learning for most children, is affected. So, when parents are aware from the very early days that their children have autism or some related condition, they’re able to better tailor their early learning experiences, to help those kids reach their full potential.

What Makes The App So Good?

Unlike many other autism resources that provide vague descriptions for parents to go off, the ASDetect app is a video-led self-assessment app. Using the app parents are guided through each assessment that is a combination of videos and questions that clearly show what can be expected from children who have autism. There are also activities you can do with your child to test them on their responsiveness. The app then provides either a ‘low’ or ‘high’ likelihood of autism, as well as an emailed copy of formal assessment results.

What Do The Developers + Users Have To Say?

The ASDetect app was developed by Dr Josie Barbaro who undertook the decade-long study of 30,000 children on which the app is based. Dr Barbaro wants to make autism testing a part of the routine checks for infants, and stated that early detection of the condition really can make the biggest difference. According to the doc, children with autism who are caught early on can “maximise their developmental outcomes” with play-based and occupational therapies.

“It feels like play to the child but it’s trying to teach children with autism how to learn from others,” Dr Barbaro told the Herald Sun. “And it’s like learning a second language “” when you learn from an early age, you’re much more likely to be proficient.”

Linda Bakolas, who is one of the parents who was featured in the app with her two-year-old daughter Ruby, said ASDetect was a much better option than “Dr Google” as it gave clear answers. It also allowed her to intervene early and allow Ruby to develop much more refined social skills.

Moving Beyond The App

The ASDetect app is free, and available right now for both iPhone and Android. Parents can use it to assess the social attention and communication behaviours of children who are under 2.5 years old. However, it’s important to remember that the app is just the beginning, and never intended to substitute the opinion of a medical professional.

So, if you undertake an assessment on the ASDetect app and your child tests as having a ‘high’ likelihood of having autism or a related condition it’s important to see a doctor to discuss what the test means, and even undergo more rigorous testing to confirm the diagnosis. Even if your child tests as having a ‘low’ likelihood for autism or a related condition, but something doesn’t feel right, speaking to your doctor about your concerns is always the smartest option.

Would you use the app? Or have you already? 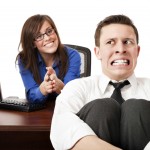