A young boy has fallen from a ride at Movie World today and has been transferred to a hospital in a serious but stable condition.

At 1pm Eastern Standard Time today, emergency services were called to Movie World on the Gold Coast following reports that a young boy had fallen from a Movie World Ride and experienced significant head injuries. The ride has not been disclosed but has been reported by a Village Roadshow Theme Park spokesperson to be a ‘Carousel ride’.

The boy was attended to by a nurse at Movie World before emergency services arrived.

“Our thoughts are with the guest and his family and we wish him a speedy recovery. We pride ourselves on our standards of care and quality and an investigation is being conducted as a matter of priority into the exact cause of the incident.

In an abundance of caution, the ride has been closed while we understand how the incident occurred.”

Movie World has had its share of Incidents over the years:

In 2017 the Arkam Asylum’s lift chain malfunctioned and 19 women and one man were stuck for 40 minutes until firefighters used a cherry picker to rescue them.

A 14 year old boy was knocked down in a crowd and broke his wrist in 2008. The boy sued Movie World for ‘Lost Wages’ for his job as a paperboy and the matter was settled out of court.

In 2003 three experienced pyrotechnic workers were seriously burned on their faces and hands after an explosion during the Police Academy Stunt Show.

There has been a drop in attendance at Gold Coast Theme Parks after the death of four people at the Dreamworld Theme Park (also on the Gold Coast) in 2016 due to a malfunctioning water ride. The River Rapids Ride was closed down after a raft crashed and overturned, crushing and killing four people.

Dreamworld was fined over $2.5 million dollars after the event. 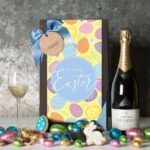 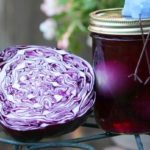 How To Dye Easter Eggs…