A few months back, I stood the ultimate parenting test. It was me against Mr9, and he was losing. His behaviour at school had been less than acceptable and, as a result, his father and I had agreed that should he receive another written warning in his Behaviour Management Diary, he would miss out on a mid-week trip with his Dad and a little boy-time bonding. It was a significant punishment and he had been warned several times of the consequences of his shitty behaviour at school, so when yet another report about his less than respectful behaviour came home the following week, I laid down the law. He wasn’t going, he’d done his dash.

It broke my heart to tell him he wasn’t going; he had tried hard for a couple of days to do the right thing. But the other part of me was pissed off! I understand that a lot of kids that age can’t understand the logic of actions and consequences, but I know damn sure that my kid does. He knew if he did the wrong thing, he would miss out; he just didn’t think we would follow through on the punishment.

It’s one of the tricky ones, following through. How many times have we threatened a cancelled playdate, a non-attendance to a birthday party, or, more recently, the absence of Santa for not behaving or breaking the rules? I would like to self-righteously claim I am one of the strong ones, but I can’t. I recognise I have a real problem with following through on the boundaries and consequences I set for my kids, and I’ll admit it’s because I feel it’s just easier, and kinder to them, if I let them participate in the nicer things in life! I know I’m not doing them any favours by threatening a punishment and then relenting when they show the slightest sign of trying hard to rectify their behaviour and I know I’m being played when they snuggle up to me and say “You’re the best Mum ever” when we have a chat, they promise to behave and the penalty is forgone.

Many times I have enforced a punishment, like sending them to their room or confiscating an electronic device, only to abandon my principles and well-intentioned disciplines when it all gets too tough. With four of them, it’s hard to stand my ground, especially when I really need the one that was sent to their room to come out and grab me something from the kitchen because I have my hands full with a screaming baby. I’m not justifying my actions as a parent; I do what’s easiest for me at the time and what will result in the smallest amount of whingeing and tantrums from both my children and their mother. My kids aren’t bad; they just have a Masters in Mummy Manipulation.

But this time, I stood my ground. I was determined to teach my son a lesson, to right my own parenting wrongs and show him that my words were not hollow. It was hard, especially when his little heart broke in the playground when I read the diary and I said that he wasn’t going. He really had thought he wouldn’t run out of chances, but he’d used up his last one with me and I was going strong. “He’ll learn this time” I told myself, “After this he’ll know I’m serious, it’s short term pain for long term gain”. And then the morning of the trip rolled around.

Regardless to say, my son ended up going with his Dad. He spent the morning at school, believing his Dad had left without him (something he claimed he just couldn’t do!) until we agreed at the last minute that he had squirmed enough, that maybe he had learnt his lesson. And boy did I cop it from my friends! “You shouldn’t have let him go!” they said, “Now you will never get him to believe you are serious when you set rules and consequences”. And I knew they were right. But the look on my boys face when I arrived at the school and told him he could pack his things because he was going with his Dad was priceless. I knew he’d understood he’d come close, but that I love him just that little bit too much to let him miss out. He squeezed me just a little bit tighter in a cuddle before he left and even though I still face-palm myself for letting him go that day, I also realised something as he waved from the passenger seat of the “Boy’s Mobile” with a grin from ear to ear.

My kids don’t manipulate me and test the boundaries because they want to hurt my feelings and make my life hard, they are just learning how to be people. They are not nasty or cruel; they are just seeing how far they can get without suffering the consequences. And although I know I need to work on following through, they are generally good kids, so I know I must be doing something right! 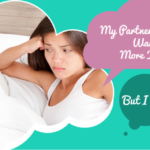 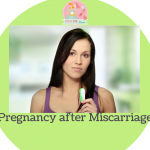