At the risk of opening the judgemental parenting floodgates, I’ll admit it, I’ve smacked my kids.

I was smacked as a child and I have, on occasion, given my kids a smack across the backside or over their hands, usually once my patience has reached it’s extremely pointy end, or to save them from inflicting harm to themselves or others!

I often threaten a smack, usually with an accompanying “I’ll take your pants down right here and now, in front of everyone” threat, but it usually never comes to fruition. I have many a memory of my mother rustling around in the kitchen drawer for a wooden spoon to ‘tan my backside’, and god help you if you ran. But I never saw, and still don’t see, smacking as a form of child abuse, as it is so harshly depicted nowadays.

I taught my children about safety around the house by giving them a small smack on the hand when they repeatedly tried to play with electrical points or touch the oven, my mother did it to me and my friends all did it to their kids. Yes it upset them occasionally, but it taught them that touching those things will result in a shock or pain (to a degree, we are talking a small tap, not an almighty whollop!) and they steered clear.

And I am the first to put up my hand to admit that I have given my kids a smack on the bum when they have been misbehaving to an extreme. I have found that smacking during a temper tantrum is usually completely pointless and only accelerates the intensity of the tantrum, but I have also found that giving my 6 year old a swift smack on a covered bum when she’s been warned several times about climbing the shelves in Coles tends to send the message that Mum has had enough and it’s time to pull one’s head in.

I also find that as my kids get older, the urge to smack might become greater as they mouth off or fight back, but I couldn’t tell you the last time my older children got a smack. I believe it’s because they learnt a certain degree of respect for their elders and rules, not just from being very seldomly smacked as little kids, and that they know subconsciously that Mum and Dad have a limit they will be pushed to; but that if you pass that limit, there are consequences of the not-so-delightful type.

Now lets be clear, we are talking about smacking.

Defined as the open-handed striking of the backside, it’s severity, frequency and duration is only determined by the strength of it’s inflictor. Most parents who condone smacking their children only ever smack once or twice, (not like the old ‘syllable smack’ my Mum used to dish out – “You” (smack) “will” (smack) “nev-“(smack) “-er” (smack)….) to get their point across, but multiple smacks of significant force and inflicted repeatedly would be identified as a form of child abuse.

Today, there are 29 countries, worldwide, that have made it illegal for parents to smack their children. Australia is NOT one of these countries. Research has shown that up to 90% of Australian mothers believe that smacking is acceptable, although there is a general consensus that it is usually more effective as a threatened punishment as a  form of behaviour management.

Those opposed to smacking children are vehement in their opinions, which do carry merit. Some people believe that smacking/hitting children teach them that it is OK to hit/smack others that are not doing as they are told. Some feel children will associate smacking with feelings of anger, frustration, impatience and revenge and that children who are disciplined by smacking are generally more aggressive. Several studies have been conducted with varying results, dependant on the frequency and severity of smacking occurrences, the follow-up communication between parent and child after the smack, and the feelings (or lack of feelings) of security and respect felt in the family environment as a whole.

When it comes down to it, smacking your child really comes into the realm of parenting choices. Much like choosing to bottle-feed or breastfeed, private school or public school your child, there will forever be those who are advocates for both sides of the debate, arguing what is, essentially, best for other people’s children.

Bottom line, unless you suspect physical child abuse or you have evidence to support an accusation of abuse, when it comes to people disciplining their own children, it’s best to keep one’s (smacked or not) butt out!

You should head over to our friends at APN’s new site, ‘Hey Mumma‘  who are hosting over six weeks four Aussie mum’s who will deal with a range of different topics relevant to Australian mums! Go check it out at www.heymumma.com.au 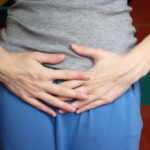 Why You Should Be Careful… Advice on buying first house
Answered 8 hours ago
Late positive on covid test for kids
Answered 11 hours ago
150+ Unique But Not Weird Names for Baby Boys
Asked 13 hours ago
What Centrelink payments are you on - and how much do you get a fortnight?
Answered 1 day ago