Kid wont eat
Answered 8 hours ago
How to deal with the silent treatmenr?
Answered 9 hours ago
Is my husband leaving us?
Answered 12 hours ago
Husband had sex with me while i was asleep leading to baby
Answered 19 hours ago

This is one of those posts you really must save in the archives for later reference. Trust me, you will thank us later!

There is nothing more terrifying than the sound of your child choking on something, or realising they have something stuck in their nose.

Just be assured that you are not alone and definitely won’t be the last parent to face the extraction battle. This little tip might just help save you a trip to ED next time your child decides to stick some foreign object where it shouldn’t go.

According to the The Royal Australian College of General Practitioners, “Children aged 2–5 years have the highest incidence of nasal foreign bodies, with some studies suggesting a greater incidence in males.”

Nikki Jurcutz, Paramedic and CEO of parenting organisation, Tiny Hearts Education, has shared a simple trick all parents should know to help you out of a sticky situation. 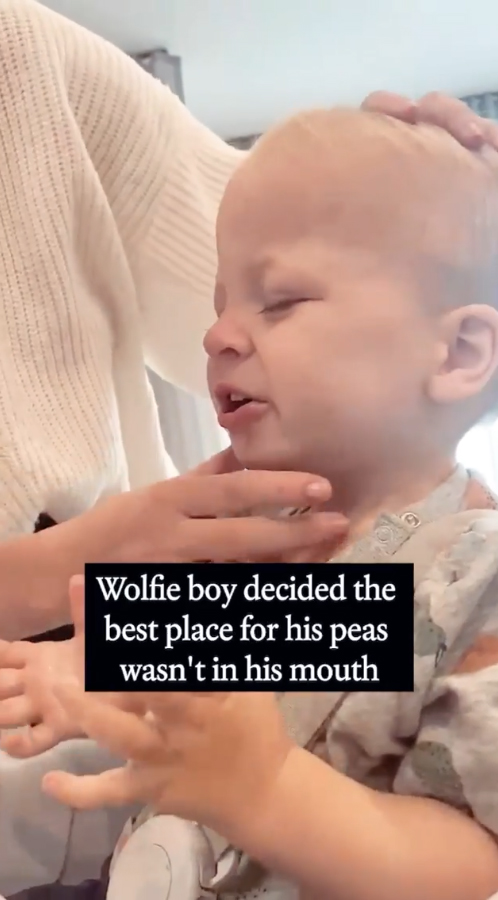 In a clip posted on TikTok that has attracted over 24,000 likes, Nikki demonstrated what’s known as the “mother’s kiss” which instantly helped her remove a pea which was lodged in her sons nose.

“Introducing the ‘mother’s kiss’, this saved us a trip to hospital” Nikki wrote alongside the video.

She explained: “Wolfie (her son) stuck a pea up his nose last night and it was right up there.

“I panicked for two seconds and then I remembered this technique whereby mum or any trusted adult gives a ‘big kiss’ to expel the foreign body.”

How to perform the ‘Mother’s Kiss’

To perform the “mother’s kiss”, Tiny Hearts recommends that you start by placing your mouth over your child’s open mouth to form a “firm seal”.

Then, block the unaffected nostril with your finger, keeping the other open.

“Blow until you feel resistance, and give a sharp and short puff of air into the child’s mouth,” Nikki explained.

“The foreign object should literally pop out. It worked first go for us and you can see how genuinely excited I was!”

How to perform the ‘Mother’s kiss’

The procedure should be fully explained to the mother (or other trusted adult) and the child told they will be given a ‘big kiss’.

In order to expel the foreign body, the mother (or other trusted adult) then:

How effective is it?

The mother’s kiss technique is effective approximately 60% of the time, irrespective of the type of foreign body.

Even when not successful, the mother’s kiss technique may improve the visibility of the foreign body, making the removal process much easier.

Hit save now so you don’t go into panic mode next time your little cherub shoves something up their nose.

I think the biggest question here is, why do kids always insist on shoving shit up their nose?! One of my children shoved a tiny little pompom ball from the craft kit in his nose once. Thankfully the tweezers did the trick to extract it easily. I have heard LEGO is quite popular in the nose too.