My partner bought me a gift - after I specifically said to him: "Thank you for the idea, but I do not want this." Now he
Answered 4 hours ago
Were you pleased with the sex of your firstborn?
Answered 5 hours ago
2 homes
Asked 6 hours ago
Does it really matter what my hobby is?
Answered 6 hours ago

Over the years, around the world, people have come up with all sorts of methods to try to prevent pregnancy.

People have relied on all sorts of terrible, terrifying, gross and just plain stupid things that they have believed to be contraceptives.

Here are some of the worst ones ever… don’t try these at home. 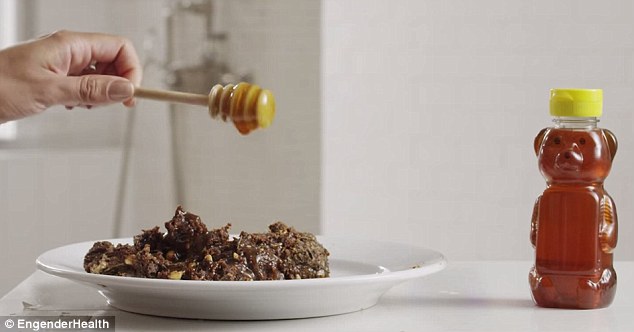 Archaeologists have found evidence that ancient Egyptians used pessaries (objects or concoctions that are inserted into the vagina) made of crocodile dung, honey and sodium carbonate to block sperm. The properties of crocodile dung are slightly alkaline, like spermicides we use today, so it might have actually worked. But poo in the vag is a major hygiene and health issue in itself.

I’m not sure how widespread potato contraceptive usage is, but in 2014, a woman in Colombia who inserted one in her vag believing it would stop pregnancy ended up in hospital when the vegetable germinated and grew roots inside of her. In the Middle Ages, it was believed if a woman went outside after sex and took a wee where a she-wolf had previously also taken a wee, she could avoid pregnancy. In ancient times, women believed that soaking sponges in lemon juice and inserting them in their vaginas would prevent impregnation. The famous pants man Casanova is also said to have inserted lemon rinds inside the vaginas of his lovers to stop them getting knocked up.

In Medieval times, they believed that they could avoid pregnancy by taking the two testicles from a weasel, wrapping them up and tying them to the thigh of a woman who also had to wear a weasel bone at the same time.

In the early 1900s, in the USA, the disinfectant brand Lysol was advertised to women as a remedy for “intimate neglect”. They were told that it was a “safe” way to control their fertility and “feminine hygiene” in an era where birth control was illegal. It was used as a douche, which caused inflammation and burning inside the vagina. It caused many Lysol poisonings and some deaths as well.

Women in ancient China were advised to drink hot mercury to prevent pregnancy. As drinking mercury often results in organ failure and death, it would prevent any life whatsoever.

The latex frangers that you know and love (or loathe) had distant relatives made from animal intestines. The oldest known condom was made from a pig’s intestine and it was suggested it needed to be soaked in warm milk before use.

The Greeks and Romans believed that if they washed their insides out with acidic liquids, like vinegar, they could avoid conception.

When I was a teenager, the advice column in Dolly magazine was always telling kids not to use Coca-Cola as a douche to prevent pregnancy. I used to always LOL at this, but it turns out that this Coca Cola contraceptive idiocy was a real thing dating back to the 1950s where it was believed that the carbonic acid in Coke would kill sperm, and sugar killed the sperm cells, so it became an after sex douche where women would get a bottle, shake it up and let it spurt up there.

Women in ancient Sumatra would use the pod of the plant like a diaphragm during sex.

In ancient Greece, women were advised to get into a squatting position as soon as they had sex and attempt to sneeze in order to get all the semen out.

Native American women would try flushing the sperm out by steaming their vags using a special kettle. According to numerous studies conducted by professionals..

Baby Essentials Guide for a First Time Mum on a Budget

Don't listen to everything other people say...