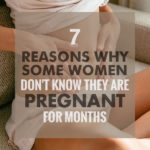 Every now and then you hear a story of someone giving birth without knowing they were even pregnant in the first place.

It’ll go along the lines of: a woman goes to the doctor or a hospital (or sometimes even the toilet) complaining of abdominal pain and next thing she knows is she’s giving birth to a surprise baby.

Usually, it might make you raise an eyebrow and shake your head and be like “How on earth could you not know you were expecting!“

But there are plenty of women who can be quite advanced in pregnancy without even realising they have a baby on the way. While it’s not super-common, statistics show that around one in 600 mums-to-be are unaware that they are pregnant until they give birth, or just before, and one in 450 women don’t know they’re pregnant until they’re around 20 weeks along.

These types of pregnancies are sometimes referred to as “cryptic pregnancies” and may or may not come with any pregnancy symptoms at all, or may have some that are overlooked or mistaken for something else.

Sometimes, women who are overweight can have cryptic pregnancies because they tend not to show so much bump, but even women in a normal weight range can experience one too.

Here are some common reasons why women might not know they are pregnant until halfway through (or much, much later) in their pregnancies:

When you normally go months and months between menstrual cycles, you might not automatically think that you are pregnant when yours is late.

When you factor in a lack of any other pregnancy symptoms, it’s easy to see how you could get to the 20-week mark (or later) without realising there’s a baby on board.

Home pregnancy tests are around 99% accurate. So that means you still have a 1% chance of it getting it wrong.

Usually, it’s a false negative – as in it tells you that you aren’t pregnant but you actually are. This is usually because a woman has either tested too early or isn’t producing enough of the hCG hormone that the test is designed to detect. So a woman might have already ruled out pregnancy early on, when she actually is pregnant.

3. Mistaking spotting during pregnancy for a light period

Technically, you can’t get your period when you are pregnant, but many women still experiencing spotting and mistake this for their actual period.

Some experience no side effects whatsoever, while others may experience some of them but have confused them with other problems like indigestion, food poisoning, generally being under the weather and run down or stress.

Women often experience shifts in their cycles in their mid to late 40s, which is known as perimenopause.

This can include irregular periods and weight gain and moodiness. So a woman experiencing these things might think she’s too old to be having a baby, but in fact she is.

6. They thought they were infertile

Some women who have been diagnosed with infertility might get a huge shock when they find out that they were actually able to have a baby after all. Other times, women are diagnosed with conditions like Polycystic Ovary Disorder (PCOS) and think that they are therefore infertile, even though having this condition doesn’t necessarily mean that they are.

This can also be the case when they have thought their partner was infertile. There are even cases where men have had vasectomies that have been unsuccessful and they have gone on to impregnate their partners afterwards.

Some people are unfortunate and, for a range of reasons, suffer from ongoing gastrointestinal issues like nausea, vomiting and bloating.

So when they are already dealing with this stuff all the time, it can be very easy not to notice morning sickness and an expanding waistline.

Do you know anyone who didn’t realise they were pregnant? 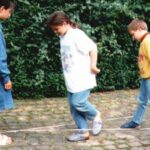 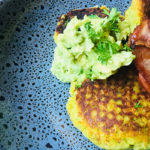