It really should be common sense but for those who aren’t quite sure, there are a few things you really should NEVER do when your partner is in labour and about to give birth to your child and this one certainly takes the cake.

Do NOT Order Pizza!

This Dad Ordered a Pizza While His Partner Was In Labour and the Internet Was Outraged. No wonder.

In a photo going viral on Reddit, a person is shown enjoying a slice of pizza while their significant other is clearly in the middle of a painful contraction.

Many users were outraged over the situation, while other commenters found it funny and even suggested that the woman could have been in on the whole thing.

Maybe she needed a snack? Who knows.

Although I couldn’t think of anything worse during labour. Could you?

Do NOT send explicit photos to the whole family!

A mortified new mum has gone viral, sharing the photo her husband sent his entire family after she gave birth to their son.

The US mum-of-three, who goes by the username @wenfreed on TikTok, revealed her husband sent a photo to his “whole family” without giving it a second glance not realising his wife’s hospital gown was still up around her waist from the labour, putting her lady parts on full display.

“OMG my boyfriend did that too and sent pictures to my in-laws,” one said.

“I had an emergency section and he sent a picture of my daughter COMING OUT OF ME. You could see my kidneys in the background,” another wrote.

“My husband sent a picture of the baby on the scale with me getting stitched up in the background. Straight on view,” one mother shared.

More things you should NOT do while your partner is in labour..

DO NOT fall asleep. Why should you get to rest? She is the one doing all the hard work!

DO NOT sit on your phone the whole time playing games, texting mates and answering business calls. Just NO!

Do NOT moan about it taking too long. Or that you are tired. You’re tired?! Really? Plus, it takes as long as it takes. Suck it up!

FYI do NOT invite your whole family into the labour ward either, unless you have your partners permission first of course. That is really not cool!

The best thing you can do is just sit down, shut up and be at your partner’s side when she screams for you. Got that? How To Make Your Own… 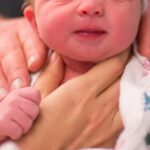