This mum was left in total shock after a gender scan mistake rocked her whole world. Has this ever happened to you or someone you know?

A mum of three who was thrilled to be welcoming her first daughter after having two boys, was left in total shock when she delivered the third boy after she had already purchased all PINK accessories, and even been referring to her baby as “Marilyn”.

Lauren Keen, 26, from Bradford, West Yorkshire, spent hundreds of dollars on pink items for her first daughter, including personalised clothing, only to deliver another baby boy, her son Dexter.

Read more: Mum’s Petition to Stop Separating Kids Clothing by Gender – do you agree or disagree?

Left grieving for her baby girl because of a gender scan

While Lauren said she felt a rush of love for her son, at the same time she felt like she was grieving for the daughter she was expecting to have.

The mum-of-three said: ‘I was expecting to hold my first daughter, our final child and we knew our family would be complete. I was numb, I didn’t know how to process everything that was happening.

‘I had agreed to be sterilised after the birth, because it was my third C-section and another pregnancy would be too risky.

‘I had to decide on the spot, if I was still going ahead with the procedure.. I was trying to process that the daughter I had dreamt of didn’t exist on top of the realisation that if I went ahead with the operation, I would never have a daughter.’

Lauren only had one check-up and gender scan whilst carrying her third child.

‘I thought after two boys, our third baby had to be a girl and I was told I was right. As I was being examined the lady said “she looks fine”, and “I’m going to take her measurements”.’

Lauren shared, ‘I had all the cravings that people associate with having a girl and all the symptoms of old wives tales that point to having a girl.’

‘I was so excited for a daughter, I bought her an entire wardrobe from newborn to around one year. I was finally having a girl and I wanted to spoil her from the start.

‘We bought pink blankets, and girly clothes with frills and flowers. We spent hundreds of pounds on dresses, cardigans and outfits.’

The couple even purchased a new pram and car seat in purple, ahead of the arrival of their little princess.

Lauren remembers the moment she went into the theatre

In hindsight, the couple wished they had paid for a private 4D scan instead of a gender scan and found out sooner, rather than being surprised after their son was delivered.

Instead, the couple prepared to welcome a girl and decided to donate all the old clothes their older sons had grown out of.

‘I was lying there, looking up and thinking, “Any moment now I am going to meet my daughter. Any second now I will finally be able to hold her”.

‘One of the doctors suddenly said, “Did you say you were having a girl?” And at the same time Karl shouted, “Lauren it’s a boy”.

‘I felt dumbfounded, I didn’t know what to say. I had a rush of love, but I had so many questions and so much confusion, it was such a mix of emotions.’

‘I felt like I had lost a child that never really existed. We had already named her. It was like we had twins, but only got to meet one – and however much I love Dexter, that doesn’t mean I’m not allowed to miss the girl I thought I was carrying.’

Lauren added: ‘I know people will criticise me for having those thoughts, but they are my feelings and they are valid.

‘Dexter is my last child, It took me a few months to really process it and I had moments when I was very upset.

‘It was so hard to sell the items that we had ready for our daughter. We sold the pram and car seat and the dresses. It hit Karl as hard as it hit me.’

Jes Jackson, an Australian birth photographer, snapped this incredibly candid picture of Koto Nakamura. Throughout her pregnancy, the new mum had been expecting a beautiful baby girl, only to deliver a baby…boy!

Understandably, she was speechless at the turn in gender, saying, “I thought everyone was joking, I lost words and I couldn’t believe it until I saw his bottom.”

Later, Koto said, “I was shocked for a few seconds, and then it didn’t matter if it was a girl or a boy.”

Another couple had finally settled on naming their baby girl “Charlee”, only to discover during her birth that “she” was actually a “he”.

Quick on their feet, they named the new baby “Bentley” and decided to surprise the grandparents by asking Nana to change the diaper.

Watch the gender scan fail and her reaction below.

Gender scan mistakes are not rare

You are usually able to find out the sex of your baby during the anomaly scan, which happens around 20 weeks. In general, sonograms are the most accurate when they’re done between 18 and 22 weeks.

But gender scans even done by expert sonographers are not correct 100% of the time.

The chances of an error with ultrasound are up to 5 percent.

Sonographers are highly skilled in identifying a lot of detail from a fairly blurry image, which can be made a lot harder if your baby isn’t playing ball and is in a tricky position. And getting it wrong does happen.

Did you have a surprise mix-up in your baby’s gender at birth? 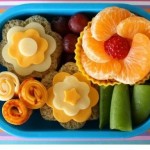 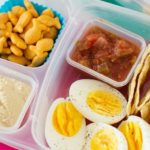