A new mum, who gave birth via Caesarean, told her husband that if something were to happen to her during the birth to choose to save her life and not their unborn baby.

Now, she and her husband are thinking about having a second child, and while sharing the news with friends, she admitted that the same sentiment would apply this time around:

If there was a situation where the dad had to choose, he should choose her and not their child.

Her friends were “disgusted” and said she was an a**hole.

The woman posted on the Reddit “Am I the A**hole?”

“My friends where disgusted with my thinking and said that i was an asshole to my husband in asking him to basically kill his baby (those where the exact words), that I was a very negative person and that I needed to rethink my thoughts. 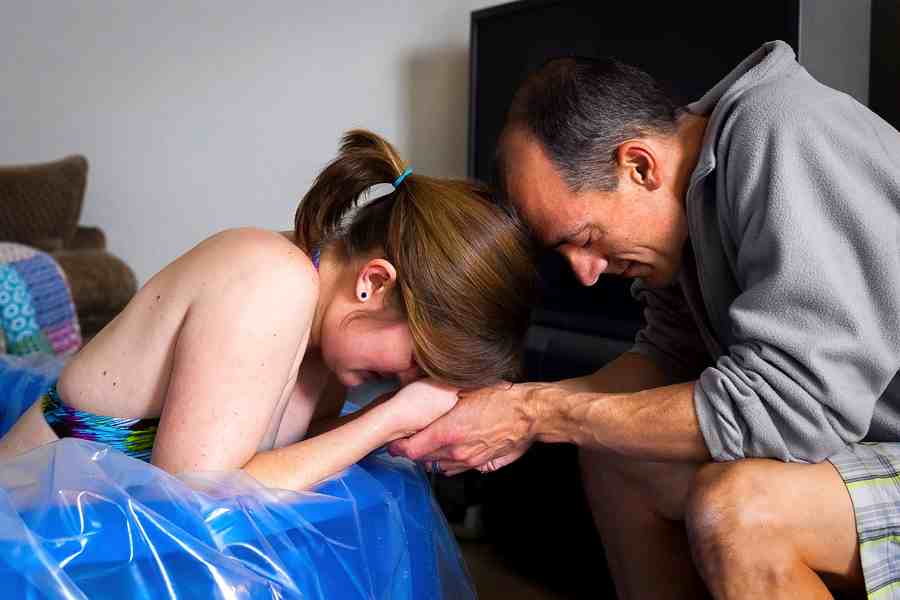 I’m a person that likes to be prepared for the worse case scenario and hope for the best. I didn’t want my husband to be blindsided with who to choose and to have the answer on the spot.

Nobody likes to think in what could go wrong specially in a pregnancy but I need to think every possible case that we could encounter.”

AITA For telling my husband that if he had to choose between my self and my daughter during birth to choose me? from AmItheAsshole

The majority of comments received actually agreed with the original poster, pointing out that her so-called-friends weren’t very empathetic about the situation to begin with, and perhaps it would be helpful to find a more supportive parenting group to hang out with.

“It really shouldn’t matter whether or not the husband agrees. It’s her body and her life,” said one.

“I strongly advocate for this. You should not prioritise a baby over keeping the mother alive. Women are not just incubators but people in our own right. Any doctor or midwife who believes the mother’s life is secondary is a misogynist,” said another.

“Your husband’s opinion and your opinion are the only ones that matter here and yours even more than his,” someone said.

“I hate the modern parenting culture where mothers are expected to always martyr themselves, where her health and her needs are totally ignored in favor of the baby. It’s dehumanizing. There is absolutely nothing wrong with wanting to live,” one person wrote. In a similar situation this woman shared on Reddit how her inlaws turned on her for choosing her own life over that of her unborn child.

“Unfortunately, due to complications during the birth, it came down to either my life or the [baby’s], and I, terrified for my life, told the nurses to fix the complication first (it’s very rare) and then try to save the baby,”she said.

“I had to undergo emergency surgery, but in doing so, resulted in the loss of my beautiful baby,” she sadly reported. “In the moment, my husband and I were both okay with my decision and grateful that I survived, but upset over the loss of our child.”

“But his parents were furious,” she said. “They said that I was a horrible woman and was a terrible mother for letting my child die. His mother specifically said that she would give her life for her children and that I was a selfish, cold hearted [expletive].”

“During this time, my husband began to turn on me and said that he wasn’t sure if he wanted to create a family with someone who didn’t care about her children. He says that what I did was selfish and that he doesn’t trust me anymore. I feel so alone, even with the support of my family.”

Reddit users were shocked by her MIL’s reaction and said she was the selfish one.

Meanwhile in a whole other story, these women chose to sacrifice their own life for their unborn child…

It does seem rare though that women choose themselves first. Typical, really! There are hundreds of stories of mums who made the ultimate decision to save their unborn child first.

A New York City mum made the ultimate sacrifice “” giving up her own life so her baby girl could live. Doctors told cancer patient Elizabeth Joice that she would never get pregnant so when she did it was something of a miracle.

But joy quickly turned to heartbreak for Elizabeth and her husband, Max, when doctors presented her with an impossible challenge: terminate the pregnancy and begin treatment “” or put her life in danger.

It didn’t take Elizabeth long to reach her decision.

“Having a kid was one of the most important things in the world to her,” husband, Max told The Post.

“She said, ‘If we terminate the pregnancy and it turns out I can’t have a baby [later], I’ll be devastated.’ She knew this might be her only chance.”

In June 2013 Liz discovered she was pregnant. “I totally blew a gasket,” Max said. “They said there was no chance this was happening “” and here it was happening.”

Doctors removed the mass, but because she was pregnant, Elizabeth couldn’t undergo full-body MRI scans and her oncologist couldn’t see whether the cancer was growing.

The baby was due March 4, but the doctors could no longer wait.

In January, a surgeon performed a C-section and beautiful baby Lily was born.

Elizabeth’s health then quickly declined as her cancer spread. Tumors invaded her right lung, heart and abdomen “We said our goodbyes,” Max said. “It was like something out of a movie. We sat there and cried. We tried to tell stories, talk about all the great things.”

“Liz came home five days after Lily was born,” Max said. “That one night at home was all we had.”

“Liz’s magic rubbed off on Lily,” Max said. “She’s beautiful and remarkable. It provides me with the strength to get through this.”

Another young mother from Idaho, USA also made the ultimate sacrifice, foregoing chemotherapy treatment to give birth to a healthy baby son.

Jenni Lake, 17, died just 12 days after giving birth to her son due to tumours in her brain and spine, the Associated Press reported.

Her family found out the fatal result her decision to reject radiation therapy to give birth to her son a day after he was born.

And in this mums case, Suzanne Mazzola, died after giving birth to her fourth child, son Owen. She suffered from placenta accreta, a rare life-threatening condition that causes the blood vessels in the placenta to attach too deeply to the uterine wall triggering severe bleeding. The mum of four was aware that carrying Owen to term could possibly jeopardise her life. Still, she made the selfless decision to offer her son the best chance at life.

“Suzanne was given the option to take the baby very early in the pregnancy,” Janet Free, Mazzola’s aunt, said. “But being the wonderful strong woman and mother that she was and understanding the personal risk, she chose to wait until 35 weeks when the baby would be strong enough to survive.”

There are so many other stories like these women, it breaks your heart to think of the sacrifice they made.

Would you choose your life over that of your child? 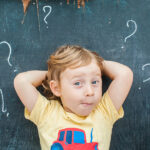 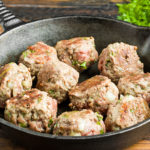