I don’t know about you but the thought of head lice makes my skin crawl. With back to school coming up I know that head lice will be creeping into homes and schools across Australia but, for some reason, I assumed we lived in an anti-head-lice bubble. My eldest is almost five and we have never had an encounter with head lice before and I assumed that with my daughter, it would be the same. When she started to scratch her head I thought nothing of it sure, I know that scratching your head is a sign of head lice but I didn’t put two and two together. For three days I watched as she scratched her head more often than usual and for three days I didn’t even think to check for nits.

Until the director at daycare pulled me aside when I went to pick my kids up one afternoon.

“Your daughter has head lice,” she whispered as quietly as possible, “she’s going to need a treatment before she comes back to daycare.”

I bet she’s judging me.

What if the bugs are crawling around my head right now, as I think?

What if someone can see them?

I think I can feel them laying their eggs right now.

Oh my god, I want to scratch my head.

But if I do, then the director will think I have it too.

“Really? That’s awful,” is all I could actually manage to say. “I’ll treat her as soon as we get home.” 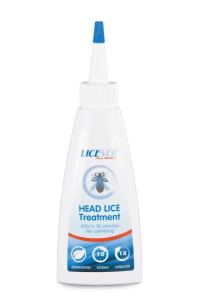 Turns out no one said a thing. My daughter had a hat on her head and was doing a puzzle in the corner. I scooped her up and resisted the urge to look under the hat. She was none the wiser that, at that very moment, little lice could have been reproducing in her beautiful blonde curls.

We stopped at the chemist and scanned the head lice aisle. There were dozens of treatment options so, in my quietest voice, as if buying condoms as a teenager, I asked the chemist for some assistance and as much information she had on treating lice as quickly as possible.

The woman at the chemist advised of a new product they were stocking that they’d have great feedback on and handed me a bottle of Licener with the suggestion to check their website for the information I craved to ensure that this was, in fact, not uncommon at all.

She explained that there is only one treatment needed to be effective and it kills both lice AND nits and it works within ten minutes. All you need to do is thoroughly massage the Licener shampoo into the head, wait ten minutes, and rinse no combing, no picking, no popping the lice with your fingers for the treatment to work. Plus it is dermatologically tested to be gentle on normal skin and hair. Daughter is only three and I really didn’t want something that was going to hurt her scalp. Or, worse still, something that required me to actually comb out the critters to be effective. 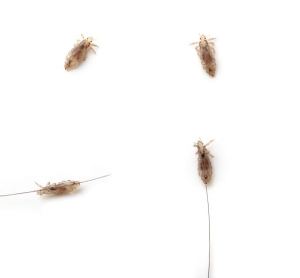 That night, before applying the Licener  to my daughter’s head, I built up the courage to check her hair. I knew they were there”¦. I just didn’t want to see them. And sure enough, they were there. Not just a few small eggs either; it turned out they had hatched and they were full grown. I parted my daughter’s hair a few times and found a number of them freely crawling around.

I called my mum in tears, admitting defeat.

“You had head lice heaps of times as a child,” she said.

I called my husband, in tears, waiting for him to ask for a divorce.  I just felt like such a bad mum.

“Get some treatment and she’ll be fine.”

I called my best friend in tears, expecting her to uninvite us to her son’s birthday next week.

I called my neighbour in tears, assuming she would be putting her house on the market once she discovered what had happened.

“Why are you so worked up? It’s only head lice.”

We applied Licener to my daughter’s hair that night. It was as simple as the chemist suggested just apply, leave for ten minutes and rinse out. I couldn’t muster up the courage to check my daughter’s head afterwards but hubby did and she got the all clear. No more drama.

But it gets worse. Because Daughter sleeps with us most nights. And Daughter is a pillow thief. So if Daughter’s lice ridden head had been sleeping on MY pillow, then my head was most likely lice ridden too.

So husband checked my hair and”¦ well, let’s just say that Daughter is never allowed to sleep on my pillow again.

And it was time to get more Licener.

You can buy Licener online. It’s only $19.95 and delivered across Australia.  After this incident, I have a few bottles stored in the cupboard just in case and it is one of the best investments I have ever made. After all, it’s almost time for the kids to return to school and it’s always best to be prepared. Because as soon as someone in my family scratches their head, I get the comb and start my search (actually I get Husband to start the search). More often than not, “I” find nothing. But if and when “I” do, I’m ready.

Always read the label. Use only as directed. 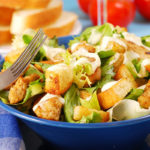 How to Make Croutons at… 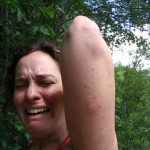