I’m sitting patiently in the doctor’s office and glance over at the children’s play area. Sitting untouched are the “favourite toys” of by-gone years. The Duplo is lonely. The spinning top cast to one side. The hammer-and-peg board sat still and silent. A toddler merrily sits glancing at a book, when I observe a seemingly “odd” behaviour.

The child looks at the book’s cover, and instead of turning the page to open the book – he “swipes”.

When the book does not open to reveal a page, he swipes again… And again… Until his mother intervenes with a “Sweetie, it’s a book, not a tablet!” and corrects him by turning the page.

Is this the way of the future? Are tablets, smartphones and other “screen devices” dominating the way in which some toddler’s seek amusement and play? Recent studies (of which they are few, given the devices are relatively “new” and thus time to perform controlled studies has been limited) may suggest that yes – tablets and smartphones are becoming a commonplace children’s “toy”. A study carried out by Common Sense Media revealed 38% of toddlers (under the age of 3 years) use tablets or smartphones, compared to 28% five years ago. Under the study, the average age of a toddler having a touch-screen device introduced was before their first birthday – at 11 months.

Whether toddlers using the screen devices is a good thing or a bad thing is relatively inconclusive, given the lack of studies that have been undertaken to date it is difficult to determine whether they are detrimental to toddlers, or helpful. The general consensus from most paediatricians who have disclosed opinions – including the American Academy of Paediatrics (AAP) – on the topic is that exposure to the devices should be little to none before the age of 24 months, with an emphasis instead being on parents providing their main learning. Doctor Tovah Klein, director of the Barnard College Centre for Toddler Development, suggests:

“We don’t know if it’s (tablet/smartphone use) good, bad or otherwise, but there is a lot of other research that shows the main learning and sustenance for young children “” particularly under 2 “” comes from their relationships, particularly with their parents and whomever takes care of them.”

Some parents provide tablets to their youngsters under the premise that it will “assist with their learning” and improve their intelligence. Based on the results of controlled testing carried out by the Cohen Children’s Medical Centre of New York this has shown to be not relatively true. The study revealed that providing a tablet to “encourage learning” was relatively futile, as there was no significant difference displayed in the outcomes of tests between children who used screen devices, compared with children who did not use the devices at all. The study also showed that using “non-educational applications” (such as “Angry Birds” or “Fruit Ninja”) can impede language development, and potentially (subject to future testing) have a negative impact on cognitive development.

Overall the choice to introduce a touch-screen device and when is ultimately up to the parent(s) involved. The key things to be considered are “what will the device be used for?” and “when?” and “how?” What we do know is that screen devices should not be used in place of, – or take away from – active parenting and teaching/learning experiences. As summarised by Dr. Ruth Milanaik of the AAP:

“Technology can never replace a parent’s interaction with their child. Just talking to your child is the best way to encourage learning.”

How do you feel about toddlers using tablets/smartphones? 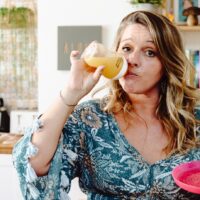 Emma Boyce is a Coffee-chugging/chocolate-smuggling/poker-playing fandom mama with a big thing for Science-y things, space stuff, etymology, trivia an...Read Mored "good" people. She is a single mum to a pigeon-pair of pre-school toddlers, and undertakes a Double Degree in Education and Science whilst writing for Stay At Home Mum. Read Less 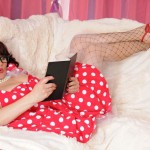 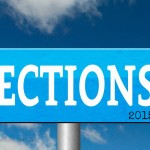 Your Basic Guide To The…